The Lagos State Government on Friday said adequate arrangements have been firmed up to massively mobilize residents for the collection of Permanent Voters’ Cards (PVCs) to enable them fully participate in the forthcoming 2019 general elections.

Speaking at the annual Ministerial Press Briefing to mark the third year anniversary of Governor Akinwunmi Ambode’s administration held at the Bagauda Kaltho Press Centre in Alausa, Special Adviser to the Governor on Civic Engagement, Mr. Benjamin Olabinjo said it was important for residents to utilize the opportunity of the ongoing continuous voters’ registration to obtain their PVCs.

He said aside the need for residents who recently attained voting age to register, it was also necessary for those who relocated to the State or from one part of the State to another to apply for transfer, and thereby have the opportunity of electing leaders of their choice in the next political dispensation.

Fielding questions from journalists, Olabinjo said: “On the issue of PVC, we are trying our possible best to ensure that we achieve our aim. For instance, as a result of the development we are bringing to all parts of Lagos State, people are now relocating from one part of the State to the other and there is need to also sensitize people in such category to apply for transfer of their PVCs.

“We are all aware that the Governor recently commissioned 21 roads and two bridges in Alimosho and those who hitherto have undeveloped properties in the affected communities but living in Surulere and others areas are now developing their properties and moving back.

“As we speak, we are working to ensure that people in such category get the transfer of their PVCs as well as those who are yet to register to do so for them to participate in the election,” he said.

Olabinjo, who admitted that it was true that Lagos had the highest number of uncollected PVCs, however expressed optimism in the fact that the ongoing advocacy by the State Government through his office would ensure considerable reduction in the figure.

“We have been sensitizing residents in all our programmes that it is important for them to obtain their PVCs. We have all been saying that Governor Ambode is doing well and the only way to appreciate the Governor for the massive transformation of the State in all sectors and sections is for residents to get their PVCs to support him to continue the good works,” he said.

On the activities of his office, Olabinjo said a total of eight bills passed into law by the Lagos State House of Assembly were simplified and translated into Yoruba, Egun and Pidgin languages to facilitate easy understanding and voluntary compliance, while efforts are ongoing to translate additional six new laws.

He said in the last three years, a total of N254.750million was disbursed to 2,046 beneficiaries genuinely needing financial assistant to handle health challenges, multiple birth and other unforeseen situations including road accidents and fire disasters, while a total of 119 petitions were successfully resolved arising from complaints from individuals, groups and communities.

Besides, Olabinjo said his office also embarked on enlightenment programmes to create awareness and mobilize support for government programmes and policies in the areas of housing, wealth creation and employment, disability policy of the State, Ibile Youth Academy, Property Protection Law, Kidnapping Prohibition Law, as well as Environmental Management and Protection Law, among others.

Giving the outlook for the year, Olabinjo said: “Our Office, in the course of the year, will intensify efforts at accomplishing the following: enlightenment of Lagosians on new laws assented to by the Governor in 2018; translation and simplification of new laws to Yoruba, Egun and Pidgin; enlightenment of the citizenry on the need for peaceful electioneering in the State; facilitation of executive/legislative joint discussion on issues that would enhance an effective delivery of dividends of democracy; constant engagement of individuals, groups and organizations on complaints and petitions, among others.” 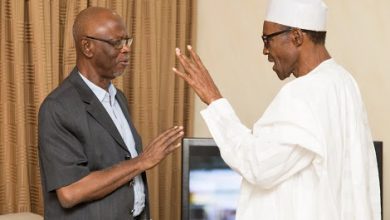 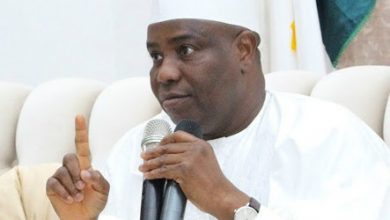 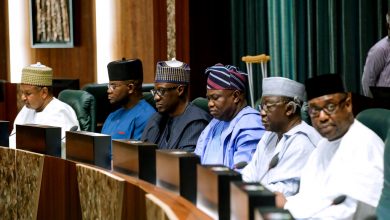