A political group, Sustainable Democracy Agenda (SUDA) has called for the adoption of open balloting during the election of presiding officers of the 9th National Assembly.

Convener of the group, Malam Ibrahim Usman, stated this in a statement made available to newsmen on Sunday in Abuja.

Usman alleged that SUDA had uncovered plot by some principal officers of the present 8th Assembly to manipulate the election in both chambers through the use of secret balloting.

“ The plan is to ensure that they thwart the resolution of the majority All Progressives Congress (APC) which has adopted Sen. Ahmed Lawan as Senate President and Rep. Femi Gbajabiamila as Speaker of the House of Representatives.

“ The principal officers are allegedly desperate to manipulate the process with the aim of reenacting the 2015 scenario, where presiding officers emerged against the resolution of the APC.

“ They are bent on frustrating the majority party by installing their stooge as President of Senate and Speaker through the fraudulent secret voting pattern, “ he said.

He called on the leadership of the APC to reject plans for secrecy during the election of the presiding officers.

The conver stressed the need for APC to sustain consultations with its members towards ensuring that the adopted candidates in both chambers are supported by all lawmakers, ahead of the inauguration of the 9th National Assembly in June.

“ Otherwise, the party may lost the presiding positions to the minority party, which is set to exploit the division in the APC.

“ The party may have survived its inability to control the legislature the last time but mistakes are not meant to be repeated, “ he said.

He said that Senators and members of House of Representatives are voting on behalf of their constituents, who reserve the rights to know how they vote.

He stated that the election of presiding officers in both chambers of the assembly is critical to sustainable democracy and must not be shrouded in secrecy.

“ We believe that the use of secret voting will give room for sabotage, which may not augur well for the growth of democracy in the country.

“ The incoming lawmakers must adopt transparent process in the emergence of their leaders. Those seeking to lead must be ready to emerge through an open process devoid of hypocrisy,“ he said.
The convener advised the APC leadership and President Muhammadu Buhari to remain firm in support of party supremacy. 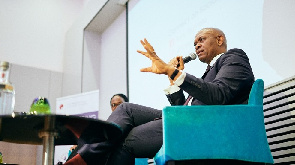 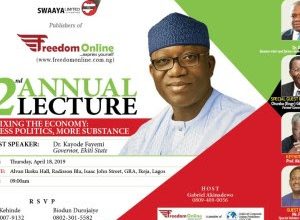 Elumelu Foundation to announce Entrepreneurs for 2019 Programme on March 22 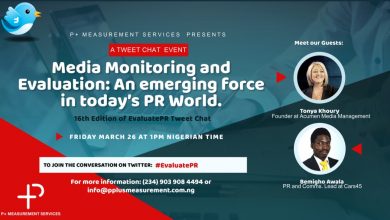