Access Bank has unveiled ‘Access Winfest campaign’ to reward loyal customers with cash and other items up to N1 billion.

The Deputy Managing Director, Retail, North, Mr Victor Etuokwu, in a statement on Monday explained that customers would be rewarded for funding, transacting, maintaining, and increasing their deposits from Oct. 2022 to Nov.2023.

He said that the essence of the campaign was to promote a savings culture and efficient banking among Nigerians using alternative channels.

“Over the past two decades, Access Bank has continued to grow in every dimension, particularly its customer base, due to customers like you whose patronage, advocacy, and loyalty have remained unparalleled.

“At Access Bank, we care most about how happy our customers are, and we hope to find more chances like this one to make their lives and the lives of many other Nigerians better.

“We have a total reward of N1 billion for you, our customers, whether you are a student, a business owner, a salary earner or an entrepreneur,” he said.

Etuokwu also said that many lucky customers would receive cash rewards from the bank ranging from N5,000 to N5,000,000; airtime rewards; grocery baskets; Salary4Life; rent for a year; business grants; educational support and many other types of rewards.

He, however, advised people to get on board the winning train by increasing the balance on their accounts using the bank’s USSD code *901# and the accessMore app to pay bills.

Mr Rob Giles, a Senior Retail Advisor at Access Bank, recently told journalists at the campaign’s launch in Lagos that the idea behind the campaign was to keep the bank’s promise to reward customers for their loyalty and continued business.

Giles emphasised that it was simple to participate in the ‘Fund and Win’ campaign and be eligible to win between N5,000 and N5,000,000.

“For every N25,000 you save, you get a ticket for the mega draw and increase your chances of winning the grand prize in the ‘Fund and Win’ campaign.”

He said that the rewards campaign was one of the many ways the bank add value and meets the needs of its most loyal customers.

Giles also mentioned that Diamond Business Advantage (DBA) customers with outstanding monthly fees were not left out as they could fund with the equivalent of their accrued fees to enjoy a 100 per cent waiver.

Apart from funding and maintaining accounts to qualify for the draw, Giles said that customers who performed at least five fee-earning transactions weekly would also qualify to win N5,000 monthly.

He said that customers with an account balance below N1,000 could fund their accounts with a minimum of N2,000 to get their debit cards and transact at least five times a week to qualify to win N5,000 monthly or the grand prize of N5,000,000.

He said that customer who already had or opened a domiciliary account and had funded it with at least $100 (or its equivalent) would also be eligible to win the grand prize of N5,000,000 and N5,000 in the monthly draw.

This offer, he said, would be available for both existing and new customers.

He urged people to visit any Access Bank branch to get more information about the reward campaign. 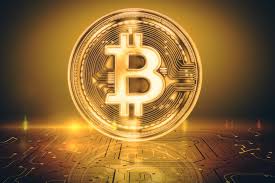