BY NKECHI NAECHE ESEZOBOR—–The introduction of the new Secretary General of the African Insurance Organisation has taken place in a brief cocktail ceremony in Douala, Cameroon’s economic capital where the AIO Secretariat is located.

In attendance was the Director of Insurance in Cameroon’s Ministry of Finance, Mr. Ezo’o Engolo Blaise, the President of the Association of Insurance Companies of Cameroon, ASAC, Mr. Theophile Moulong as well as a constellation of top insurance Executives and other partners and stakeholders of the market.

Cameroon’s National Director of Insurance, promised the new AIO Secretary General, the full support of all insurance actors in the host market to enable him succeed in his mission. He paid homage to the outgoing Secretary General, Ms. Prisca Soares, for her tactful management at the helm of the AIO and for bringing the organisation to the limelight as a major Pan African institution.

“while promising you the total support of the Cameroon insurance market and institutions, I will encourage you to forge ahead with the noble missions of the African Insurance Organisation and maintain it as a veritable instrument of inter African cooperation” Mr. Engolo concluded.

Speaking earlier, the outgoing Secretary General and AIO Consultant, Ms. Prisca Soares said “during my stay here in Cameroon, I received a lot of support from the local market, especially the Association of Insurance Companies, ASAC. Most of you here have been veritable friends of the AIO and I pray that you lend even more support to Mr. Ntukamazina to take the organisation to even greater heights”

The guest of honour, Mr. Ntukamazina hailed the hospitality of the Cameroon insurance market whose actors have not relented in their support to him since he took over officer on the 1st September, 2019. He equally praised Ms. Soares for her indefatigable work done at the head of the AIO for twelve years.

Mr. Ntukamazina used the occasion to brief Cameroon’s insurance actors on the New Strategic Plan of the AIO which will henceforth take the organisation closer to members and add value to their activities.

“The aim of this new strategic plan is to make the AIO contribute to increase Africa’s insurance penetration, advocate for its members, become a centre of competence for the African insurance industry and double its share of members among African insurers” he said.  He elaborated on the six major pillars of the AIO’s new strategic plan notably advocacy, research, training, awareness/reputation, market building and networking/events.

Mr. Jean Baptiste Ntukamazina was appointed recently by the AIO’s General Assembly during the 46thConference and Annual General Assembly of the Organisation which took place in Johannesburg, South Africa from the 9th to 13th June, 2019.

Mr. Ntukamazina has previously served as President of the African Insurance Organisation in 2014-2015, as well as an Executive Committee member between 2012 and 2015. He is a seasoned professional in the insurance and financial services industry with over two decades experience in top management positions.

The African Insurance Organisation (AIO), recognised by many African governments, is a non-governmental organisation established in 1972.

Following the headquarters agreement the government of Cameroon signed with the organisation, the Permanent Secretariat of the AIO was set up in that country.

The AIO has 358 members, 342 of them from 47 countries in Africa and 16 associate international members from 9 countries.

Ghana: You Either Play By The Rules Or Fold Up – Insurance Commissioner Advises Companies 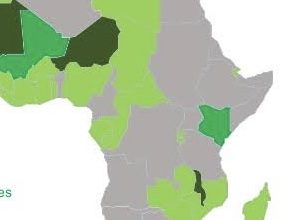 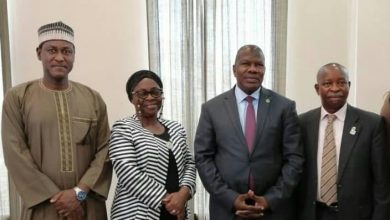 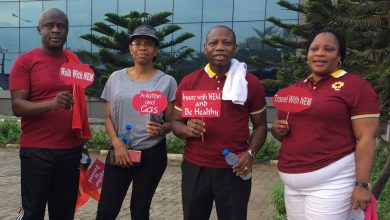