Prior to this guideline, most banks adopted an aggressive dividend policy, partly to shore up their share price and secondly to splash cash to shareholders. Consequently, banks resorted to external funding sources to support their balance sheet, as against internal capital consolidation in the form of retained earnings.

In a bid to further comply with the Basel ac-cords, the CBN in October 2014 issued a directive aimed at preventing a systemic failure and effectively pushing banks to enhance their capital buffers. This was in form of restricting deposit money banks (DMBs) and discount houses (DHs) with low capital base and high non-performing loans (NPLs) from paying out dividend. This order ensured banks provided adequate capital buffers and prevented them from paying out cash dividend out of their reserves.

On January 31, 2018, the CBN added an-other paragraph to its existing directive on dividend policy, allowing banks who maintained capital adequacy ratio (CAR) of at least 3% above minimum requirement, low composite risk rating (CRR) and NPLs between 5% and 10%, to retain a pay-out ceiling of 75%.

Before this new guideline, the CBN did not make adequate provision for banks with low CRR, but NPLs between 5% and 10%. Despite this policy relaxation, there has been a negative knee-Jerk reaction.

Since the issuance of this directive, the banking sub-sector index, on the Nigerian Stock Ex-change (NSE) lost about 4.03%. This is partly as a result of negative investor sentiment to-wards banking stocks, as investors expectations point towards reflecting the true value of these stocks. Hence, banks will have to boost their tier 1 capital, if they intend to embark on distribution of capital (i.e. issue dividend) as a way to signal financial strength, as well as comply with this new directive.

This affirms that the banking system remains fragile. The adoption of IFRS 9 from January 2018 will further exacerbate the financial woes of most banks going forward. The implementation of IFRS 9 changes the measurement of financial assets as well as provisions for loan losses (impairments). This will have an immediate impact on profitability and ultimately worsen most banks’ CAR.

In effect, asset quality might improve considerably, while the cost of regulatory capital to cover risk weighted assets will remain high. This will further erode banks’ economic profit, prevent-ing banks from taking on more risk assets with-out raising additional capital. This becomes a vicious cycle – in a bid to protect depositors from growing NPLs, the CBN imposes strict regulations to serve as buffers, which reduces the risk appetite of banks. As a result, banks charge borrowers exorbitant rates to cover the cost of regulatory compliance. But sky high rates increase the risk of default, adversely affecting NPLs. 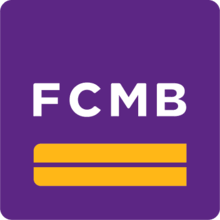