At the OMO auction, the DMO sold a total of N344bn in maturing treasury bills across three maturities.  The stop rates maintained across the 91-, 182- & 364-day tenors. With healthy demand at 1-yr bill on offer, the Apex bank prorated supply to investors to sell a total of N250bn.

With OMO maturities of at least c.N347bn expected tomorrow, we remain cautious of an outside chance of an OMO auction by the CBN to manage excess liquidity. We expect yields to oscillate in tandem with system liquidity levels.

Below are highlights of trading activities in the fixed income and forex market on September 12, 2019.

The Bonds market continued to trade with weak sentiments and relatively low volumes, as bid/offer spreads remain wide. We noted better sellers at the short- to mid-end of the benchmark curve, while bids improved contrastingly at the long-end but with little risk traded there. Yields consequently remained stable on the average across the curve.

We expect market participants to remain cautious to close the week, as weak sentiments towards bonds persist.

Trading in the T-bills market traded with bearish sentiments as market participants anticipated supply at the OMO auction floated by the CBN. Yields consequently expanded by c.9bps on the average across the Benchmark NTB curve, with most notable moves on the short-dated maturities of the curve.

OMO Maturities of c.N334.82bn saw some respite in Money Market rates. System liquidity opened at c.N362bn positive, however with the CBN selling a total of N344.38bn later in the session we estimate liquidity to close at c.N17bn positive. OBB and OVN rates consequently ended the day at 11.43% and 12.29% respectively.

With funding pressures for Retail FX auctions expected to more, we anticipate a rise in money market rates to close out the week.

At the interbank, the Naira/USD spot rate and SMIS rates remained stable to close at N306.85/$ and N358.02/$ respectively. At the I&E window, the Naira reversed some gains, depreciating by 19k to close at N361.99/$. At the parallel market, the cash and transfer rates continue to remain stable.

The NGERIA Sovereigns profited off positive sentiments from the ECB’s announcement of a quantitative easing stimulus package.  Investors hunt for yield, despite weakening oil prices, saw yields compress by c.7bps on the average across the sovereign curve.

The NGERIA Corps also saw gains on some of the tracked papers in today’s trade session. We noted buying interests, particularly across the longer dated papers, FIDBAN 2022s and ETINL 2024s which gained 3bps and 13bps respectively. 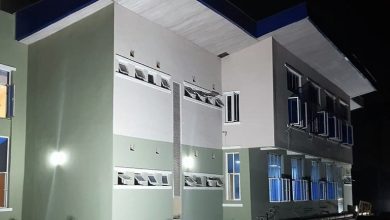