BY NKECHI NAECHE—-Ahead of the Tier-Based Minimum Solvency Capital Policy for insurance industry in Nigeria, Consolidated Hallmark Insurance (CHI Plc) at the weekend said it has concluded plans to hold its Extraordinary General Meeting (EGM) on 28thNovember 2018.

A statement released by the company said that the EGM is scheduled to take place at the Westwood Hotel, 22 Awolowo Road, Ikoyi, Lagos.

The statement added that the board will be seeking the approval of shareholders for the increase in authorised shares of the company from the current 10,000,000,000 (ten billion) units of 50 Kobo par value per share to 15,000,000,000 (fifteen billion) through the creation of an additional 5,000,000,000 (five billion) units. The Share Capital of the company will thus be increased from N5,000,000,000 to N7,500,000,000.
Shareholders will also at the meeting formally give their approval for additional capital raise through private placement of 1,130,000,000 (one billion, one hundred and thirty million)units at the price of 65 (sixty-five) Kobo per share.This private placement will bring in an additional N734.5 million to the coffers of the company.
It is next in the series of proactive efforts of the Board and Management to boost the working capital of the company and adequately position it as a leading player in the underwriting of big ticket insurance transactions, having successfully raised N500 (five hundred million Naira) through the Rights Issue to existing shareholders of 1,000,000,000 units that was 108% subscribed during the last quarter of 2017 but concluded in the first quarter of 2018.
The Managing Director of the company who is also the current president of the Chartered Insurance Institute of Nigeria, Mr. Eddie Efekoha, is optimistic of a very successful outing at the meeting as shareholders of the company have often been delighted with the regular dividend payments over the years. Out of ten financial years that the Company has been quoted on the NSE, it has paid out dividends seven times amounting to a total of N1.22 billion.
Also, the deployment of capital raised during the Rights Issue is impacting positively in results as noticeable in the impressive performance during the Nine Months Ended 30thSeptember 2018. Profit After Tax rose significantly to N356 million from the N209 million recorded during the corresponding period of 2017 while Gross Premium Income rose to N5.4billion from the previous N4.5bilion.
CHI Plc has also been consistent in promptly meeting its claims payment obligations to customers. Over N11.7 billion has been expended on claims in the last five years (from 2014to September 2018). Of this amount, over N4billion has beenpaid in 2018 alone.
Mr. Eddie Efekoha said future plans of the company includesbroadening its product offerings to take advantage of the on-going market development initiatives of the industry regulator and strengthening its technology in order to deepen its footprints in the retail market whilst delighting its existing corporate customers.

The company’s trade code name on the floor of the Nigerian Stock Exchange was recently changed to CHIPLC from the previous HMARKINS it was identified with upon listing in 2008. The change in trade code name is to ensure easy identification by investors and in line with the acronym and domain address, www.chiplc.com 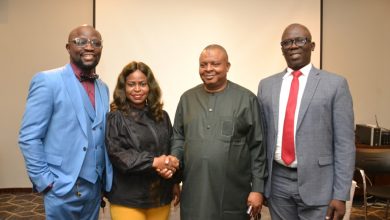 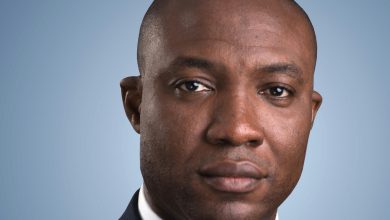 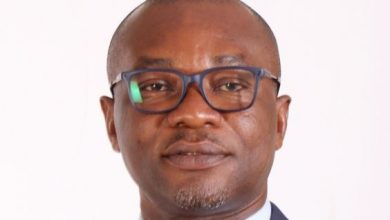 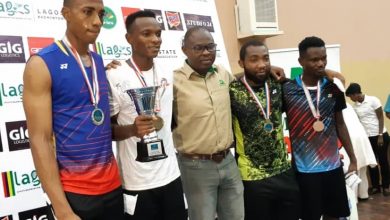