The Insurance and Pension industries, which were regarded as one and the same some years ago are today given distinct status as two separate industries. This is due to the Pensions Reform Act of 2004 which set guidelines for the administration and security of Pension Funds.

The philosophy driving them both is the same – Creating buffers as social shock absorbers for losses or economic downturns. They both play roles like football players in the defense lines and attacking midfield for businesses and individuals as well as a nation’s economy.

A brief history of the Insurance industry will show how it has aided business growth and development as well as various National economies worldwide. Insurance started in the Lloyds to aid marine transportation. There was so much at risk at sea for any floating marine vessel. The same went for cargo as well. That was with a much smaller population and marine fleet worldwide. With the present sizes of container carrying ships and their economic value, it would be risky and unwise to ply the sea routes without insurance. Now, there are thousands of ships plying the waters on international trade routes connecting the world businesses. The same goes for the aviation business the world over.

Pension has similarly played a great social role affecting people’s lives at retirement when they can no longer work to earn money by providing a steady regular income. The aged are helped to maintain some self respect and depend less on children who, in present day, may be jobless themselves thus also unburdening them emotionally and financially. It is also no news any more that Pension has become a great player in funding development projects, growth sustenance of many nations’ businesses as institutional investors, as well as being employers of labor.

In any game, a porous defense line can undo all the goals a team scores making it lose any goal advantage. Insurance and Pension have enhanced the confidence to be adventurous knowing there is a back-up plan in the event of any mishap – be it corporate or individual. The confidence of secure savings will reduce the possibility of corruption in preparation for retirement or associated anxiety.

How can Pension help reposition the economy?

Obviously, Pension cannot be relied on solely. The Pension Industry provides a pool of usable funds that, in Nigeria, have accumulated over Eight trillion Naira and still growing. With a chosen average 20% growth annually, it is sure to double in five years. Presently, at the current exchange rate to the dollar, it is about half of our national foreign Reserves. This amount competes with our National annual budget which for 2017 was 7.3 trillion Naira. So the funds are there for use, though not without conditions.

While the funds are available, accessibility would require the strong comfort that accountability would guarantee. The people’s future is tied to it, lest its purpose be defeated and contributors lose faith in the Industry. Consequently, the sanctity of the funds must be maintained, if the current advantages are to remain. It is like a pretty bride to be who must be careful in selecting from the array of suitors to be sure who would not leave her broken- hearted. The funds are sacrosanct.

This is the first time that the country’s savings culture has been so robust and discreetly managed. It thus raises many curiosities, suspicions and doubts. Despite all of these, it is our money, Nigerian money. Whether we keep it, grow it or destroy it and all its potentials, it is in our hands. We may thus harness greater possibilities through very focused government policies, a clear strategic direction and of course a clear understanding of dangers and opportunities that exist using the funds for misadventures.

At the moment, Pension Fund Administrators (PFAs) are organizations established to collect and grow optimally the available funds; while the Pension Fund Custodians (PFCs) take custody of the funds and ensure checks and balances. The National Pension Commission (PENCOM), our able Regulator, ensures compliance and focus on the original goals of the scheme’s founding fathers. In a 2007 paper presentation by MK Ahmad the then PENCOM Director General, he enumerated and categorized the following objectives:

IMPACT MEASUREMENT
From the common man’s viewpoint, not much can be said on present Pensions impact in repositioning the Nigerian economy. It has however created an enabling environment for a whole lot to happen in the business world from its core objective of social security for the elderly, provision of long term funds for investment in the private sector to availability of funds to Government for critical infrastructure development. The potentials are even larger to diversify our economy fully.

1. Political will to develop policies consistent with long term development plans.
2. Consistency towards implementation without political distractions.
3. Government’s Study of dynamically evolved economies like Malaysia and Rwanda as well as Dubai that now depends on less than 5% of its petroleum resources as part of its GDP.
4. Sensitization of the huge potentials of the Pension funds.
5. Not to be forgotten is the sanctity of the funds to all intending borrowers.
6. The success of the funds will be used for self funding projects like the Railways and the Nigerian airline project. These two will have a direct impact on every Nigerian if they run efficiently. Road maintenance costs and travel comfort will be greatly improved. The fortunes and employments these two create for Dubai and Turkey is massive. These alone, with ancillary services will create Thirty to Fifty thousand jobs.

Infrastructure like these will also stimulate economic adventure and growth. Foreign investments will be stimulated as people see a business friendly environment. There can be no measuring of all possibilities.

The Pension Industry is on the verge of another major market entry, which will further deepen its relevance and ability to repositioning the national economy. This expands coverage of the Contributory Pension Scheme to include self employed individuals such as artisans as well as employees of organizations with less than 3 people on their payroll. This will form a major part of the Government’s financial inclusion objectives.

This window is set to open. Apart from the inherent pension benefits, the target population is estimated above 60% of the entire Nigerian populace. Harnessing them into the culture of long term savings and pension benefits will have multiple benefits and increase living standards overtime because of related economies of scale.

The numbers here, though largely unstructured cannot be ignored in pursuit of economic repositioning.

This is the segregation of the accumulated Pension Funds into four parts. This is to determine, amongst other reasons, the funds available for longer and shorter term investments thereby making age of Retirement savings account (RSA) holders the major determinant here. This will also help in longer term development plans, enabling critical infrastructure to enhance economic growth and productivity.

Until we get this right, we will remain a consumer nation with no deep economic roots.

CASE STUDY
Dubai economic reforms started in 1992. They needed to diversify the economy from trade and petroleum driven to tourism and service driven. They had a dream and drove it with steadfastness. As at 2014, their GDP was 104 billion dollars and growing at about 6% annually. Presently, Petroleum accounts for only 5% of its GDP.

Other nations have transformed too; previously war torn Rwanda, Malaysia etc.
I think it starts with a dream – a well defined dream based on harnessing the natural endowments of the country. Even our ports, like Benin Republic can be a major diversification and income source. Major ports apart from Lagos, can be dredged and invested in for repositioning.

PENSION in its new setting, is budding. It can harness a lot more and do more for the Nigerian economy. Given our previous history when Pension funds were abused, there are strong cautionary measures in the control and safety of funds. Overtime, it is reasonable to think that the industry regulators will encourage a more creative and competitive environment, as it is already doing with a variety of financial instruments.

PFAs May, at some point in time, be allowed to initiate certain products relating to infrastructure and economic development as long as they are bank-able, with entry and exit points and meet security and regulatory standards.

The current level of growth of the Pension Funds vis-a-vis available investable instruments suggests that shortly, more funds will begin to chase lesser available investment products. This will create demand and supply related challenges.
As such, the Investment/ development related ideologies need a revamp. We might thus just begin to waste great development opportunities, if not addressed urgently.

Part of the greater challenge facing the country, which cascades down to Pensions investment, is the absence of a strong Sciences and Technology background. This reduces National initiatives and productivity which should create wider circles of growth, development, financing and dynamics of financing. This must be addressed on both long and short term basis.

CONCLUSION
No doubt, Pension is a major partner in repositioning our economy. But, the dream has to be clear, well defined and driven with passion and a sense of urgency. 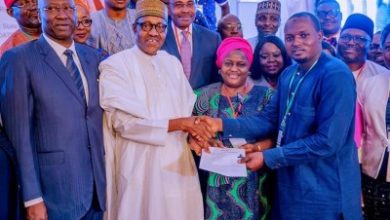