California has declared a state of emergency after announcing its first coronavirus death, bringing the US death toll from the disease to 11.

The 71-year-old man had underlying health conditions and had been on a cruise ship, said officials.

Eleven passengers and 10 crew members are potentially infected on board the Grand Princess now being held off the coast of California.

There are now at least 150 reported US patients with Covid-19 in 16 states.

Worldwide, authorities have confirmed more than 92,000 cases of the virus, of which more than 80,000 are in China.

More than 3,000 people have died globally, the vast majority in China where the virus originated.

Ten of the 11 US deaths were in Washington state.

Meanwhile Washington and Florida both declared states of emergency over the weekend to help prevent the coronavirus.

Such a declaration gives cities and counties the ability to ask the state or other municipalities for aid if and when their own resources are depleted. Officials have said that a state of emergency is meant to expedite the distribution of resources and should not be cause for panic.

We will be Africa’s Gateway To The World – Wigwe 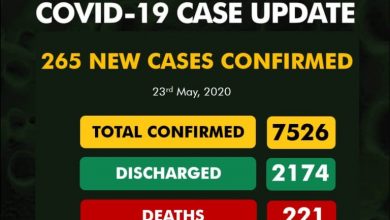