Nigeria undertakes the conduct of the Debt Sustainability Analysis (DSA) exercise on an annual basis. It is an exercise that takes into consideration a country’s ten-year historical macroeconomic data and twenty-year projected data to assess the level of risk of debt distress.

The DSA Framework provides an objective assessment of debt sustainability in a given macroeconomic context, that outlines a country’s fiscal and monetary stance under certain assumptions and conditions. The exercise ensures that the nation’s total Public Debt Portfolio is annually subjected to appropriate qualitative and quantitative analysis, by evaluating the country’s repayment capacity for its current and future debt obligations, in order to ascertain the level of risk of debt distress.

The DSA assessment is usually in two parts – External and Fiscal. The External DSA covers the External Debt of the central government (FGN), States and the Federal Capital Territory (FCT), including government agencies’ borrowings that are guaranteed by the FGN, and Private Sector External Debt (as may be available). The Fiscal DSA covers Total Public Debt-External and Domestic of the FGN, and the States, including FCT. The DSA assessment also includes Stress Tests, which is an in-built mechanism that subjects some of the key assumptions in the Baseline Scenario to various shocks. These include: real GDP growth rate, Primary Balance, Export growth rate, Exchange Rate depreciation, etc.

The outcome of last year’s (2016) DSA exercise showed that Nigeria’s debt position experienced some deterioration and slipped from a Low-risk of debt distress to a Moderate risk of debt distress. Although, the level of Total Public Debt Stock remained low relative to the country’s Gross Domestic Product (GDP), the Debt Portfolio was largely vulnerable to significant decline in Revenue, Exports and substantial Currency Devaluation.

The ratio of Total Public Debt-to-GDP rose from 13.02 percent in 2015 to 16.27 percent as at December 31, 2016, which was still within the Country’s specific Debt Limit of 19.39 percent in the medium-term (up to December 31, 2017), and far below the World Bank/IMF’s threshold of 56.00 percent for countries in Nigeria’s peer group. The ratio of Public Debt Service-to-Revenue at 33.94 percent as at December 31, 2016, was relatively higher reflecting low government revenue, in the face of lower oil revenue.

Based on the Country’s Economic Blue Print – the Economic Recovery and Growth Plan (ERGP), 2017-2020, which was launched in April 2017, fiscal deficit for the period is projected to average at 1.93 percent of GDP, which is still within the 3 percent stipulated by the Fiscal Responsibility Act, 2017.

The proposed debt financing is expected to be in line with the country’s Debt Management Strategy, 2016-2019, which aims at restructuring the debt portfolio, in such a way as to achieve an optimal mix of 60:40 (domestic to external), so as to also reduce overall Debt Servicing costs of the portfolio. Thus, the proposed funding plan in the current MTEF, 2018-2020, indicates a gradual increase in the share of foreign financing relative to domestic financing. This is expected to drastically reduce the overall cost of borrowing and also address the challenge of crowding out the private sector from the domestic debt market. 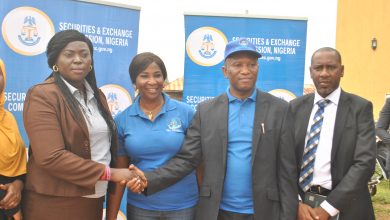 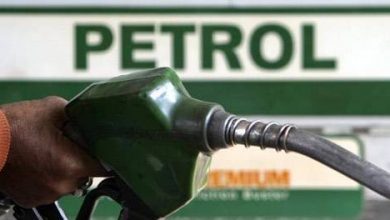 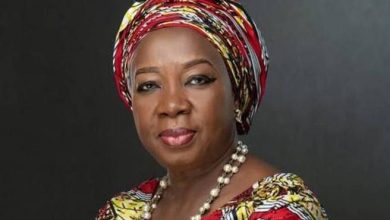