The Economic and Financial Crimes Commission on Monday secured the final forfeiture of 20 properties valued at over N3 billion belonging to a top military officer.

According to the EFCC in a statement by its Spokesman, Wilson Uwujaren, the officer used fronts including the late General Aminu Maude as well as companies such as Atlasfield Integrated Services Nigeria Limited, Marhaba Events Place, Aflac Plastics and Atlasfield Gas Plant Limited.

Justice N. E. Maha of the Federal High Court sitting in Abuja, granted the order of forfeiture while ruling on the application by counsel to the EFCC, Cosmos Ugwu and Musa Isah.

The court had in May, 2020 ordered the interim forfeiture of the properties following an ex parte application by the commission, alleging that the assets were proceeds of unlawful activities.

The court, having considered the application vis-a-vis Section 17 of the Advance Fee Fraud and other Fraud Related Offences Act, 2006, granted the prayers of the commission for an interim forfeiture and directed the publication of notices, alerting anyone with interest in the properties to show cause why they should not be forfeited to the Federal Government of Nigeria.

In the absence of any contestation, the court ordered the final forfeiture of the properties. 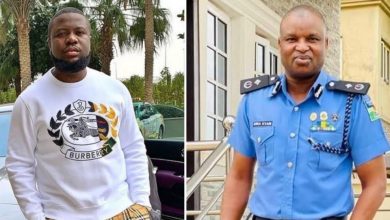