The Federal Executive Council (FEC), presided over by President Muhammadu Buhari has approved a two per cent increase in Value Added Tax (VAT) to move it from five to seven percent.

The Minister of Finance, Budget and National Planning, Zainab Ahmed; made this disclosure while briefing State House Correspondents at the end of the seven-hour long FEC meeting.

Following due process, the implementation will not start until the approval by the National Assembly to whom an amendment for the VAT Act will be sent.

The council directed immediate consultations with states, local governments and other relevant stakeholders before the enactment, set to take effect in 2020.

This is a policy Proshare Analysts have argued is inevitable if the revenue gap is to shrink. The best time to however raise taxes is in an upswing cycle but we have found ourselves in the worst of both worlds of declining oil revenues and a large pre-existing budget deficit.

The time to bury our heads in the sand is long past and the government needs to cut back on subsidies, reduce government size, and eliminate fiscal duplications. Fiscal governance must get better and all ‘politically correct’ talk about our debt not being a problem should be shelved; or better still, moved for further discussion under the MTEF. 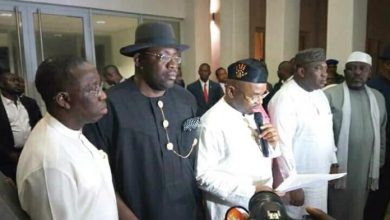