The Federal Government said about 652 million dollars has been estimated to reactivate equipment and machines at the Ajaokuta Steel Company Ltd.

The Minister of State, Alhaji Abubakar Bwari, said this shortly after he received the Report of a Technical Audit from the Sole Administration of the company, Sumaila Abdul-Akaba on Thursday in Abuja.

The Federal Government had set up the Technical Audit to find out how much was required to complete the Steel Plant.

According to the minister of state, the estimated amount is part of recommendations contained in the Technical Audit Report presented to him.

Bwari said following completion of work by the Technical Audit, the next line of action was for the ministry to appoint transaction advisers to advise the Federal Government on the best strategy to adopt to operate the Steel Plant.

He commended the Nigerian Society of Engineers for recommending capable engineers that conducted the Technical Audit.

“I am pleased to see that our local engineers conducted the technical audit successfully, some have suggested that foreigners should conduct the process but we can see the good job our own engineers have done.

“Today, we know what is remaining to be completed in the plant and what to do within a stipulated time, we need to start work on areas that are remaining.

“I want to appreciate those that preserved the steel plant thus far that made it not to become moribund,’’ he said.

Earlier, Abdul-Akaba said that the engineers were able to discover that the Plant had attained 95.7 per cent completion, and not 98 per cent that had been reported.

According to him, the engineers have also come up with lots of recommendations that will revive the Ajaokuta Steel Plant.

Ajaokuta Steel Plant is sited on 24,000 hectares of land in Ajaokuta, Kogi, about 38 kilometres from Lokoja, the state capital.

The Plant was conceived and steadily developed with the vision of erecting a Metallurgical Process Plant/Engineering Complex with other auxiliaries and facilities. 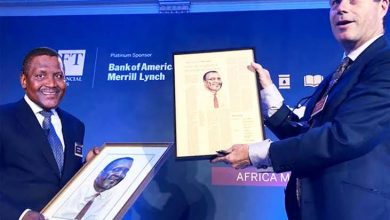 PepsiCo Elects CEO Ramon Laguarta As Chairman of the Board