The Nigeria Army in conjunction with First Bank of Nigeria Limited on Tuesday launched “Agent Banking Scheme” for army personnel at the 20 Battalion Serti in Taraba.

The Chief of Army Staff, Lt. Gen. Tukur Buratai explained that the aim of the scheme was to bring banking services closer to the barracks community especially the officers’ wives.

“This scheme will in no small measure, enhance economic activities within the barracks and their host community,” he said.

He recalled that during his visit to the Serti Barrack in 2016, officers’ wives had complained that the only bank in the Local Government Area is the United Bank for Africa (UBA) and it was not adequate for their needs.

“The partnership between Nigerian Army Welfare Limited/Guarantee, is to provide easier and more convenient ways of banking for our personnel.

“Agent banking helps you to save money and time from going to the nearest bank branch or queuing at the ATM points,” Buratai said.

He urged officers and soldiers trained to run the scheme to do so transparently and in accordance with financial rules and regulations to ensure sustainability.

In his remarks, the Group Executive, Retail Banking North, First Bank of Nigeria Limited, Shehu Aliyu said they were proud of the relationship with the Nigerian Army Welfare Limited/Guarantee.

“We commend your initiative of coordinating the welfare of members of the Nigeria army,” Aliyu said.

Aliyu said that FirstBank on its part would continue to respect the mutual understanding that exist between the financial institution and the Nigeria army which he said would foster military, civil relationship.

Appreciating the welfare and empowerment schemes undertaken in the barracks during the tenure of Buratai, an officer’s wife, Mrs Nneka Timothy said that establishing the scheme would facilitate commercial activities in the community.

She said the 302 soldiers’ wives in the 20 Model Battalion Serti had never had it as good as the tenure of Buratai. 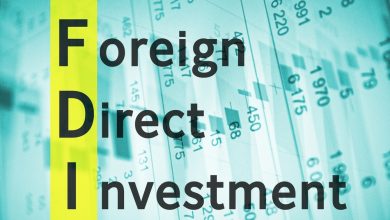 Nigeria and the Failure to Boost Foreign Direct Investment