Fitch Ratings has affirmed Togo-based Ecobank Transnational Incorporated’s (ETI) Long-Term Issuer Default Rating (IDR) at ‘B’. The Outlook is Stable. ETI is the holding company of the Pan-African Ecobank group.

ETI’s IDRs are driven by its intrinsic creditworthiness, as defined by its ‘b’ Viability Rating (VR), which is assessed based on the group’s consolidated risk profile. ETI’s ratings are equalised with those derived from the group’s consolidated profile due to a high degree of fungiblity of capital and liquidity (subject to the local requirements of its subsidiaries) as well as integrated liquidity management within the group (which helps ETI and its subsidiaries get temporary access to foreign currency (FC) liquidity in case of need), and Fitch’s expectations that excessive double leverage at the holding company level will reduce as planned.

At end-2018, ETI’s double leverage (defined as the equity investments in subsidiaries divided by holdco equity) was high at 150%, which is above the 120% threshold at which the agency would usually consider notching the holdco ratings down from those derived from the group’s consolidated profile. The ratio increased from 114% at end-2017 following the day-one impact of IFRS 9 implementation (USD250 million deducted from ETI’s equity) and capital injections into subsidiaries (USD257 million adding to ETI’s equity interest in subsidiaries), including Ecobank Nigeria and Ecobank Development Corporation.

However, we consider that the underlying risk is mitigated by ETI’s prudent liquidity management, including buffers of highly liquid assets covering at least 12 months cash outflows and liquidity fungibility across the group (which is reflected in its contingency plans) providing a certain flexibility to manage temporary liquidity mismatches. As a non-operating holding company, ETI’s principal assets are its equity shares in the subsidiaries. Loan repayments, dividends and other payments from subsidiaries are the main sources of cash flows to service the holdco’s debt. The ability of the subsidiaries to make these payments depends on local regulations and their own capital and liquidity requirements.

ETI’s capacity to reduce double leverage to the targeted levels (end-2019: 130% and end-2020: 120%) relies heavily on the dividends and other payments from its subsidiaries. Management also considers the sale of minority stakes in certain subsidiaries and no further material capital injections into subsidiaries over the next 18 months, although these plans are less certain, in our view. Fitch believes that the potential for conversion of USD400 million convertible bond from the two shareholders Qatar National Bank Q.P.S.C. (A+/Stable) and Public Investment Corporation of South Africa is uncertain and thus cannot be relied upon as a credible option to reduce double leverage.

The group’s VR considers the challenging and sometimes volatile operating environments of its subsidiaries (the group operates across 36 countries across sub-Saharan Africa), the group’s still weak but gradually improving asset quality, solid earnings but profitability vulnerable to high loan impairment charges (LICs) and its modest capitalisation. The group’s company profile is a relative strength given its franchise and business model. Fitch also views management quality and strategy as relative strengths.

Asset quality is gradually improving. The group’s impaired loans (IFRS 9 Stage 3 loans)/gross loans ratio declined to 9.6% at end-2018 from 10.7% at end-2017, helped by consistently high write-offs (4.6% of average gross loans in 2018) and recoveries. Stage 2 loans represented a further 12% of gross loans at end-2018 and the risk is that these migrate to Stage 3. Loan loss allowance coverage improved with IFRS 9 adoption but remained relatively low at 67.6% of Stage 3 loans at end-2018. Non-loan assets were significant and of moderate to low risk, in the form of government bonds, cash balances and interbank placements.

The group’s risk profile continues to be influenced by the performance of its material subsidiary Ecobank Nigeria (ENG), contributing 23% of the group’s assets at end-2018 (end-2015: 40%). ENG continues to face asset quality challenges (end-2018: Stage 3 loans/gross loans of 13.7%) due to high sectorial and single obligor concentrations, particularly to Nigeria’s troubled oil sector. ENG’s made a pre-impairment operating loss for 1Q19 primarily due to weaker earnings. ETI is continuing to implement a turnaround strategy at ENG, including deleveraging and derisking the bank, the replacement of its senior management team as well as injecting capital of USD150 million (USD63 million in December 2018 and USD87 million in 1Q19) primarily to offset the impact the shift to the NAFEX rate on the bank’s capitalisation.

The group’s pre-impairment operating profitability is strong, based on healthy margins and solid non-interest income, estimated at 6.9% of average gross loans over the last four years, providing the group with good cushion against asset quality deterioration. LICs are nevertheless high, at 38% of the group’s pre-impairment operating profit in 2018, constraining operating profitability to an extent. The cost-to-income ratio (61.5% at end-2018) is fairly high but cost cutting and the speed up in digital transformation should contribute to better efficiency.

Capitalisation is a relative weakness in light of country risks and the group’s risk profile. The Fitch Core Capital Ratio of 9.3% at end-2018 is modest and remains highly sensitive to foreign currency translation losses. ETI’s total capital adequacy ratio (CAR) under Basel II/III stood at 12.8% at end-2018, comfortably above the current regulatory requirement of 8.625%. ETI’s target CAR is above 14% by 2022, providing a 250bp buffer over minimum regulatory requirements by end-2022 (11.5%).

The group is well-funded by low cost current and savings accounts, which are complemented by market funding. In 2019, ETI raised USD500 million through a Eurobond whose proceeds were not downstreamed to subsidiaries as equity injections but mainly used to refinance upcoming debt maturities. Balance sheet liquidity is strong with liquid assets (including net bank placements, liquid debt securities and cash balances less mandatory reserves) of about USD8.3 billion covering 52% of total customer deposits at end-2018.

Domiciled in Togo, ETI is effectively a ‘non-resident’ company enjoying a long-standing special agreement with the Togolese government, and benefiting from specific privileges and exemptions from ordinary company law in Togo. This includes ETI being exempt from local tax and foreign exchange controls on operations in foreign currencies or foreign securities with all countries outside of the WAEMU (West Africa Economic and Monetary Union) zone. ETI is regulated by BCEAO (Banque Centrale des Etats de l’Afrique de l’Ouest – Central Bank of West African States) and supervised by Commission Bancaire de l’UMOA (West African Monetary Union Banking Commission). Prudential requirements are set at the group level.

ETI’s Support Rating (SR) of ‘5’ and Support Rating Floor (SRF) of ‘No Floor’ reflect our opinion that support cannot be relied upon for ETI, a holding company, from any sovereign authority.

Fitch believes that some of the group’s key subsidiaries could be supported by their respective national authorities, but such support is unlikely to extend to ETI itself. While Nedbank and QNB are long-term and strategic investors in ETI, their current stakes in the group and the limited integration of operations mean that institutional support cannot be relied upon. As a result, institutional support is not factored into the ratings.

ETI’s five-year USD500 million senior unsecured notes are rated at the same level as ETI’s IDRs because, in our view, the likelihood of default on these notes reflect that of ETI. We assign a Recovery Rating of ‘RR4’, which indicates average recovery prospects.

The Stable Outlook on ETI’s Long-Term IDR reflects Fitch’s belief that the group’s risk profile will remain stable, underpinned by its diversification benefits, which helps overcome pressures in certain key markets, including Nigeria. The Stable Outlook also factors in our expectations that ETI’s double leverage will ease through active management.

The VR (and consequently the IDRs) could be downgraded as a result of a sharp deterioration in the operating environment of any of the group’s largest markets (especially Nigeria and WAEMU, 39% of the group’s assets at end-2018), failure to reduce double leverage significantly, regulatory or other restrictions placed on the subsidiaries to upstream dividends or other cash flows (leading to a material fall in net cash flows) or deterioration in asset quality that would pressure capital. Upside for the VR is limited at present given the group’s relatively weak capitalisation.

The ratings are sensitive to any change in ETI’s IDRs.

The SR is unlikely to be upgraded or the SRF revised upwards as we believe it is highly unlikely that sovereign authorities’ propensity to provide support to ETI would change.

Short-Term IDR: affirmed at ‘B’

Viability Rating: affirmed at ‘b’ 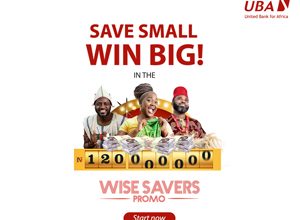 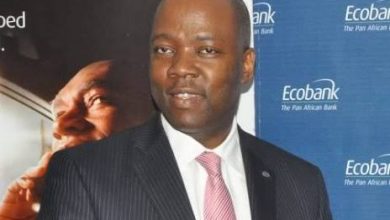 We are supporting Women to Unleash Their Potential – Ecobank MD