BY NKECHI NAECHE-ESEZOBOR— Nigeria’s leading independent energy company, Seplat Energy Plc has been upgraded to ‘B’ from ‘B-‘ by Fitch Ratings on its Long-Term Issuer Default Rating (IDR).

Fitch also confirms Seplat Energy’s Outlook to be ‘Stable’ and upgraded the Company’s senior unsecured rating for USD650 million senior notes due 2026 to ‘B’ from ‘B-‘, with a Recovery Rating of ‘RR4’.

The rating agency stated: “The upgrade reflects improved financial flexibility and a strong liquidity profile following debt refinancing in 2021, which in our view will help Seplat Energy survive for more than two years of force majeure without access to the Trans Forcados Pipeline (TFP). Amukpe-Escravos Pipeline (AEP), an alternative oil export route, has been completed and is undergoing commissioning, according to Seplat, but there is no certainty around when it will ship its first oil.”

Specifically, Fitch upgraded Seplat Energy’s $650m bonds to B from B-. The upgrade reflects improved financial flexibility and a strong liquidity profile following debt refinancing in 2021. Because of Seplat Energy’s prudent approach to financial management, Fitch believes the company has built a very strong balance sheet. Even if the Trans Forcados Pipeline was in force majeure for an unprecedented two years, Seplat Energy has sufficient strength to survive and service its debt interest

Fitch lauds Seplat Energy’s ESG efforts and notes deeper communication and cooperation between local communities, the government and Seplat have significantly reduced the number of attacks on oil infrastructure.

Resilience to Prolonged Pipeline Disruption: Seplat Energy’s debt refinancing in 2021 has resulted in no maturities in 2022 and just USD27 million of maturities in 2023. Its debt repayments are USD44 million in 2024 and USD40 million in 2025. We expect Seplat to be able to service its debt even in the extreme scenario that its export route via TFP is not operational in 2022-2023. It had USD220 million of unrestricted cash at 30 September 2021, and it should be able to generate cash flows from its eastern assets and use the expensive Warri refinery export route for its western assets if TFP is shut down.

Continued Delays with AEP: Following multiple delays since 2014, Seplat Energy’s latest guidance on AEP’s first oil flow is December 2021. Seplat also needs to agree offtake terms for the oil before shipments can begin. The start of oil deliveries though AEP remains uncertain, in our opinion. AEP will allow oil exports of 40 kb/d, reducing over-reliance on the TFP export route that had adversely affected Seplat in the past. The underground AEP should materially improve the pipeline uptime (74% in 9M21 for TFP) and shrink losses from crude theft and reconciliation (11%).

Small Nigerian E&P Company: Seplat Energy’s operations are concentrated around the Niger Delta region of Nigeria. The Nigerian oil and gas sector is characterised by high operational risks and regulatory uncertainty. Its main assets are oil mining leases (OMLs) 4, 38 and 41, which accounted for around 79% of 9M21 production and are reliant on the TFP. We expect Seplat to ramp up its daily oil and gas output to 59 thousand barrels of oil equivalent per day (kboe/d) until 2024 from 47 kboe/d in 9M21. In our view, OPEC+ cuts, which are gradually being unwound, will not hinder Seplat’s production growth.

Inorganic Growth: Fitch expects Seplat Energy’s management to actively seek opportunities for inorganic growth in Nigeria. Domestic opportunities exist as oil majors continue to streamline their portfolios, exiting Nigeria. Seplat Energy’s ability to expand through acquisitions is boosted by an undrawn USD350 million revolving credit facility (RCF). We view Seplat’s financial policies as conservative for the rating with funds from operations (FFO) net leverage averaging 1.7x in 2021-2025. Our view is underpinned by debt management, flexibility on dividends and on capex, as seen during the TFP non-availability in 2016-2017. We view large acquisitions as an event risk.

Gas Business Provides Stability: Seplat Energy’s growing footprint in the domestic gas market will enhance cash flow stability as gas sales benefit from more predictable domestic gas prices than oil. Nevertheless, regulated gas price under domestic supply obligation for power generation (around 30% of Seplat’s gas volumes) was lowered in July 2021 to USD2.18 per thousand cubic feet (kcf) from USD2.5/kcf, after having been flat through 2014-2020. Seplat sells the rest of its gas to commercial companies at contract prices averaging USD2.9/kcf. Its gas production was 19 kboe/d in 9M21, or 41% of total hydrocarbon volumes.

ANOH Plant Scheduled for 1H22: ANOH gas processing plant (GPP) – which is 50%/50%-owned by Seplat and Nigerian Gas Company Limited (NGC) – underpins the former’s effort to further expand gas operations, adding 300 kcf/d to its existing 465 kcf/d gross processing capacity. The JV partners have finalised non-recourse debt funding for the project, which is an important milestone. Seplat expects to start receiving dividends from 2023, although we conservatively do not include any contribution in our rating case. Seplat is also marginally expanding its GPP at Sapele and adding liquefied petroleum gas unit to it.

85% until its USD747 million capital allowance at end-3Q21 is exhausted. We conservatively assume that Seplat will start paying significantly higher income taxes in 2025, based on our oil-price assumptions. Seplat has an option to remain in the current tax regime until its concession terms expire despite the enactment of the new tax system in 2021.

ESG – Social: Fitch has revised Seplat Energy’s ESG Relevance Score for Human Rights, Community Relations, Access & Affordability to ‘4’ from ‘5’ as deeper communication and cooperation between local communities, the government and Seplat Energy has significantly reduced the number of attacks on oil infrastructure. The uptime in recent years was 74% in 9M21, 83% in 2020, 92% in 2019 and 85% in 2018, compared with 50% in 2017.

Seplat Energy’s upstream operations focus on the troubled Niger Delta region. Historically, this area has been a high-risk environment driven by militancy, crude oil theft, pipeline sabotage, as well as environmental pollution arising from militant strikes against oil infrastructure. TFP was shut down for 305 days in 2016 and more than 182 days in 2017, adversely affecting the company’s operations. 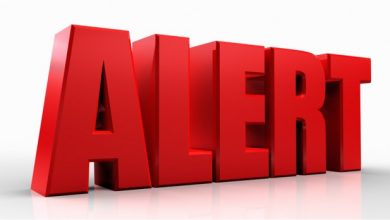 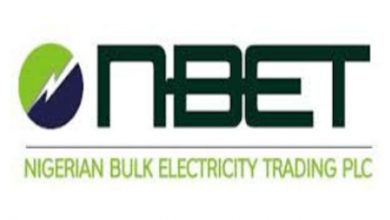 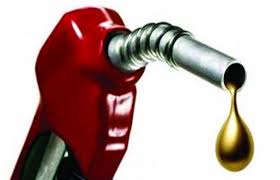