Desalegn said this in Nairobi after he was confirmed as the new board chairman of the Alliance for a Green Revolution in Africa (AGRA).

He added that climate change and food insecurity had affected many countries in Africa.

Desalegn called for concerted efforts among stakeholders in the public and private sectors to give more attention to research and knowledge sharing on how to incorporate technology in farming.

“Around the world, food security ranks high up on the governments’ development agenda; the Maputo Declaration requires African countries to spend 10 per cent of their national budgets in agriculture.

“Part of the 10 per cent should go to investment in technology in order to realise this vision,” he said.

Desalegn advocated for technologies such as soil mapping and use of other digital techniques to predict vital soil characteristics to determine the suitable fertilisers and chemicals for respective regions.

“These techniques are critical in curbing impacts of climate change and restoring ability to support productive farms and healthy natural ecosystems,” he said.

Desalegn said that there was an urgent need for sustained innovation to determine areas fit for drought-resistant seed varieties, environment friendly farming practices and better post-harvest management to reduce on losses.

“Rising temperatures as a result of climate change has put a strain on our crop productivity coupled with growing soil degradation.

“New approaches to foster agricultural productivity in the continent are required,” he advised.

Similarly, MrbStrive Masiyiwa, AGRA’s outgoing board chair said that the agricultural organisation was working across the African continent to help millions of small-scale farmers move out of poverty and hunger.

“In the recent past, AGRA has developed programmes that continue to offer practical solutions which in turn significantly boost farm productivity and incomes for the poor while safeguarding the environment.

“Thanks to efforts by various seed companies in Africa continues to enjoy a growth in production due to use of hybrid seeds and use of quality fertilisers,” he said.

Masiyiwa said AGRA was working on a number of programmes to spearhead growth of the agriculture sector in Africa.

Mr Hamadi Boga, Kenya’s Principal Secretary for Agriculture, Livestock and Fisheries said that the country was on the right track in adoption of agricultural innovations and technologies to enable farmers adapt to or mitigate against effects of climate change.

“We are investing in knowledge dissemination to farmers across the country. Implementation of this knowledge at farm level will be critical,” he noted. 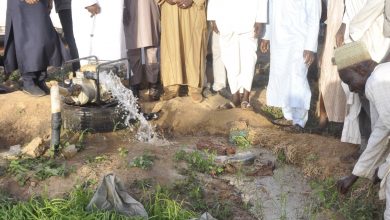