BY BUSINESS TODAY REPORTER—–The Peoples Democratic Party (PDP) on Saturday berates the Buhari Presidency for its arrogance in insulting Nigerians who criticized its failures in the handling of insurgency as well as the governance of our dear nation.

It is shocking that rather than being penitent and responsive to the
views of the citizens, the Presidency has resorted to abusing majority of Nigerians, who had put their Trust and confidence in President Muhammadu Buhari, but today, are expressing disappointment with the fact
that his administration has failed abysmally.

The question Nigerians are asking is whether the President’s declaration in London, that marauders ravaging our people are deserters from Libya,is about semantics.

Nigerians hold the Buhari Presidency directly to the handling of security challenges vis-a-vis his 2015 campaign promise to oust
insurgency in our country.

Rather than offering explanations, the Buhari Presidency, in the All
Progressives Congress (APC)’s usual arrogance and disdain, opted to insult Nigerians, including federal legislators as well the institution
of the National Assembly.

But Nigerians are still demanding for answers. If the Buhari
administration knew, in the course of the last three years, that the
nation has been invaded by forces from outside or even deserters from
Libya, why has it continued to admonish Nigerians to learn to live with their neighbours?

If in the course of investigations, it (Buhari Presidency) discovered
that the insurgents were from outside Nigeria, why is the government reportedly paying ransoms to them and even considering amnesty options?
Is it part of governance to pay ransom to invaders? These are the
questions that Nigerians expect the Buhari Presidency to answer.

It is therefore a misplaced reaction for any member of the Buhari
presidency to recourse to personal insults, diatribes and invectives
against Nigerians, low or high, who had expressed his view or demanded some explanations in the government’s handling of the insurgency challenge.

The simplest expectation of Nigerians is for the Buhari Presidency to be
alive to its responsibility by strategically responding to the pains,suffering and lethal starvation it has caused the entire citizenry in
the last three years.

This attribute of arrogance, name calling and intolerance to views as
well as disdain for Nigerians by the Buhari administration must stop.

Furthermore, it is ridiculous that the Buhari Presidency is whining and
alleging that President Buhari is being de-marketed ahead of the 2019 election, when the facts of the failures of his administration,
including the daily bloodletting and suffering under his watch, speak
for themselves.

The Buhari Presidency ought to know that the London Declaration was an explicit admission of failure by our Commander-In-Chief. After his declaration, would it be wrong for anybody to state that the President had admitted that our nation is now under the mercy of external vandals and that his administration does not have the competence to defend our
territorial integrity?

For us in the PDP, being the party rallying the overwhelming majority of Nigerians today, we have a responsibility to stand with the citizens, irrespective of class, creed or ethnicity to hold this failed APC
administration accountable for its promises and we will continue to put it out glaringly to them ahead of their electoral disgrace in 2019.

Nigerians deserve a return to the administration of a political party
that is repositioned to be responsible, accountable, transparent and respect the views and feeling of the people and not this arrogant, disdainful and grossly incompetent Buhari-led APC administration, which has brought so much pain to our dear nation. 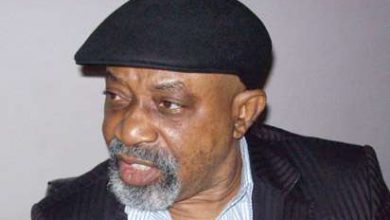 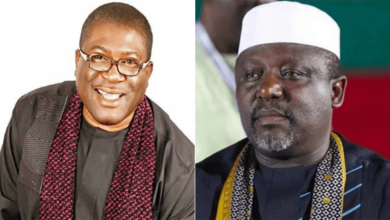