Players in the country’s insurance sector are to brace for an impending recapitalisation exercise that will see their stated capitals jump by more than 233 percent, a move that is also expected to lead to massive in a sector that currently has 56 companies in that space.

This is because the National Insurance Commission (NIC), plans to announce a recapitalisation directive that will raise the stated capital of life and non-life insurers from the present GH¢15 million to GH¢50 million. The announcement to that effect is expected in the coming days
ommissioner of Insurance, Mr Justice Yaw Ofori,

The Commissioner of Insurance, Mr Justice Yaw Ofori, told the GRAPHIC BUSINESS on January 25, that under the planned directive, the capitals of reinsurance companies would also go up from the GH¢40 million to GH¢125 million (212% increase) while that of insurance brokers would move to GH¢500,000, presenting a 66.7 per cent increase from the present GH¢300,000.

The capital of broker-re will, however, remain unchanged at GH¢1million, the Insurance Commissioner said.

He said the commission was now due to brief its mother ministry, the Ministry of Finance, on the decision to allow for a formal communication to the industry in the coming days.

Coming on the heels of the banking sector reforms which included recapitalisation, a process which saw nine banks go under, the Insurance Commissioner admits that NIC’s directive could prompt fears of similar happenings in the insurance sector.

“Ours is different from the banks and the way we do our things is different,” he said, pointing to the preferential periods that will be given to the companies.

In the case of Bank of Ghana’s (BoG) recapitalisation directives, all banks were given 16 months to raise their capital from GH¢120 million to 400 million – a more than 233 per cent jump.

While NIC does not foresee the directive leading to the collapse of companies, Mr Ofori said “if you are not able to meet it, then it means you are not prepared for business.”

The commission will, however, encourage consolidations among the companies during the recapitalisation process, he said.

The insurance industry was last recapitalised in 2015 when the capital of insurers was increased from GH¢5 million to the current GH¢15 million.

Only two companies merged into what is now known as Regency/Nem Insurance.

The Commissioner of Insurance said the impending recapitalisation directive was based on the conviction that “the companies need to be well capitalised so that monies do not leave Ghana.”

“If you allow them to remain little, we will not go anywhere; they will just be existing but they are not strong,” he explained.

With high capital, he said insurers could insure more building properties, pointing to the many skyscrapers in the country as one business that is eluding local companies as a result of their meager capital.

“We are trying to build the foundation so that we can retain business in Ghana,” he added.

Although the Ghana Insurance Association (GIA), was not readily available for comment, the GRAPHIC BUSINESS is reliably informed that the companies have accepted the figures in good faith.

It is understood that NIC has already briefed the companies on the matter and they are now ready for a formal directive to begin the recapitalisation process.

Despite being home to 27 life, 31 non-life and three reinsurance companies, Ghana’s insurance sector is clogged by relatively less liquid firms that are incapacitated from underwriting big transactions.

This has been worsened by the emergence of new industries that require solid companies to underwrite, an insurance expert with 40 years of experience in Ghana and the USA, Mr Peter Osei Duah, said in a separate interview.

An example, he said, was the industry’s inability to insure a bigger portion of the numerous thermal plants in the country, the Tema Oil Refinery (TOR) and the floating, processing, storage and offloadings (FPSOs) in the western coast of the country, among others.

“One FPSO cost over US$1.2 billion

“Even with TOR, the capital of the whole industry cannot take care of the refinery’s assets and if they do and something happens, we will have a disaster and all the insurance companies will collapse,” he said.

That, he said, had led to many businesses leaving the country, resulting in capital flight.

The NIC rules require companies in the country to exhaust local capacity, which Mr Duah, who founded and currently manages AllStar Insurance Brokers, said “is nothing to write home about.”

The Chief Executive Officer (CEO) of GN Insurance Company Limited, Mr Albert Eyeson-Ghansah, said his outfit was prepared to recapitalise to any figure that NIC would request.

“We have informed our board and shareholders about the development and they have subsequently expressed their readiness to raise the capital.

“Even if the regulator announces the new capital requirement today, we will be in a position to raise the funds because we have minimum capital of GH¢20 million,” he said. 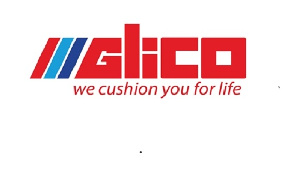 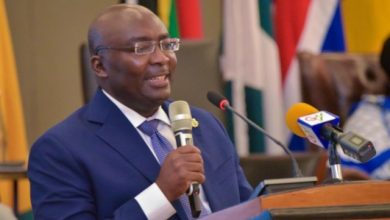 Ghana: We’re creating the environment for Insurance to thrive – Bawumia

Lagos Is Not On Lockdown