The inflation rate for June 2018 rises to10 per cent as a result of increases in prices of non-food items in the country.

According to the government Statistician Dr Baah Wadieh, prices of imported commodities continue to record a price increase for the last three months.

The food and non-alcoholic beverages group recorded a year-on-year inflation rate of 7.3 per cent. This is 0.3 percentage point lower than the rate recorded in May 2018.

Clothing and footwear recorded the highest inflation rate of 16.1% followed by Transport with 15.5%, Recreational and culture with 13.8%, furnishings, household equipment and routine maintenance with 13.3% and Miscellaneous goods and services with 12.7%.

Inflation was lowest in the Housing, Water, Electricity, Gas and other fuel subgroups (3.4%). 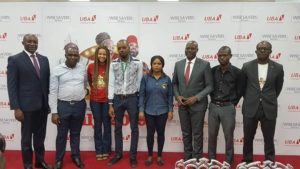