From: Left- Mounir Gwarzo with a Lswyer in Court

As agitations by civil society groups on the fraud cases levelled against the suspended Director General of the Securities and Exchange Commission (SEC), Mounir Gwarzo, continued to gather momentum, another civil society group, the Concerned Industry Watchers, on Wednesday petitioned President Buhari that he should use his good offices to ensure that all cases against him are pursued with renewed vigour to ensure justice.

The group’s demand came barely 24 hours after the Centre for Anti-Corruption and Open Leadership (CACOL) called on the Independent Corrupt Practices and Related Offences Commission (ICPC) to commence thorough prosecution of the suspended SEC boss over fraudulent allegations leveled against him.

The Concerned Industry Watchers, in a statement by its National Coordinator, Abdullahi Idoto,
urged President Buhari to, as a matter of urgency, direct the ICPC to charge Gwarzo on the abuse of office by the award of contracts to his companies as well as being a director in the said companies.

The group recalled that the suspended Director General breached public service rules by using his position to abuse the due process in contract awards in the commission and awarding various contracts to his companies and other cronies as well as paying substantial sums to himself as severance packages when still serving in office.

The civil society group stated that up until the time of his suspension as Director General of SEC, Gwarzo solely contracted Outbound Investment Ltd as the sole supplier of diesel to the commission while also supplying air conditioners, fridges and involved in several other contracts.

This is even as it noted that the suspended Director General also used Northwind Environmental Services Ltd, which was registered by his younger brother in 2016 shortly after he assumed office as SEC boss, to siphon funds from the commission.

The group maintained further that the same company was awarded the contract of cleaning the Commission’s Kano Zonal Office.

Amongst other offences the Concerned Industry Watchers believes the suspended SEC’s Director General should be brought to book include the collection by him of the sum of N6, 000,000  from the commission to fly first class to Hong Kong in 2016 in total disregard for the government’s directive issued in April 2016 in circular SGF/6/52/x/545 which prohibited public officials from flying first class.

In view of the weighty allegations pending against Gwarzo which the group pointed out, like CACOL, that the ICPC appeared not to be handling properly, it called on President Buhari to ensure that the cases against the suspended SEC’s Director General are pursued to logical conclusion.

The group recalled that the Administrative Panel of Inquiry set up by the former Minister of Finance, Kemi Adeosun, to investigate the suspended the Director General indicted him over several allegations of financial impropriety and also recommended his immediate suspension from office. 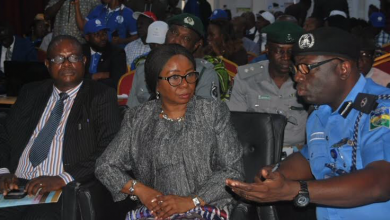