Unlike Zenith Bank, GT Bank posted a 9.8% y/y decrease in net interest income on the back of a 4.8% y/y increase in interest expense and a decline in interest income. This was largely expected due to the lower interest rate environment witnessed in 2018 and the general lack of credit growth due to the weak economic condition of the country. Thus, as net loans declined 13% y/y and Cost of Funds (CoF) remained relatively flat at 3.1%, the bank’s Net Interest Margin declined 120bps to 9.2%.

However, Non-interest income came in strong at N125.8billion, increasing 40.3% y/y. This was attributable to the 23.9% y/y boost in net fee and commission income, as well as the 168.9% and 116.8% y/y increases in FX trading gains and net gains on assets held for trading to N19.3billion and 24.6billion respectively. Also reflective of the bank’s commitment to improving and diversifying revenue was the increase in customer deposits by 10.3% y/y to N2.3trillion.

Reflective of improvements in asset quality was the 59.7% y/y weakening in impairment charges to N4.9billion. This is also supported by the moderation in Cost of Risk (CoR) to 0.3% in FY 18 from 0.9% in FY 17.

Furthermore, management was able to curtail operating expenses, as opex remained relatively flat y/y but down 21.6% q/q. However, cost-to-income was down 10bps y/y to 36.6%, largely due to the higher growth in revenue in FY 2018 relative to opex.

Overall, GT’s results were fairly decent. The bank continues to show dominance in terms of operational efficiency, with Return on Average Equity (ROAE) and Return on Average Assets (ROAA) printing at 30.9% and 5.6% respectively. Capital Adequacy ratio (CAR) came in at 23.4% despite the 7.0% decline in equity due to the implementation of IFRS 9 during the period under review.

Going forward, we recap our views on banks’ earnings coming under pressure in 2019 as a result of their inability to grow their loan books aggressively as the economy continues to underperform, and trading income might be lower albeit subject to an upside risk of currency devaluation.

However, we believe that the bank, would look to more private sector lending in 2019 with the outlook for interest rates in 2019 looking glummer with the recent surge in FX inflows. The bank also remains attractive valuation wise, with an upside potential of 28.9% according to the Bloomberg consensus, with a TP of N49.0 and 1-yr forward P/B ratio of 2.4x.

Ecobank to Collaborate With CIBN on Financial Inclusion, Capacity Building 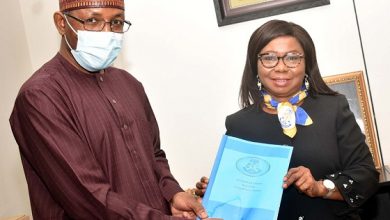 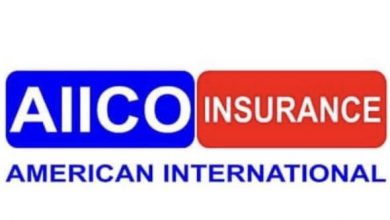