The Consolidated Capital Market Stakeholders Forum (CCMSF) has expressed concern over the acquittal of suspended Director General of the Securities and Exchange Commission (SEC), Mr. Mounir Gwarzo of corruption charges by an FCT High Court.

The group described the ruling by the court discharging Gwarzo of illegally paying himself N105 million severance benefit while still in the service of SEC as a miscarriage of justice.

A statement by CCMSF President, Umar Usman said the verdict “amounts to a clog in the wheels of President Muhammadu Buhari’s avowed efforts at tackling the menace of corruption in Nigeria”.

Usman noted that the acquittal came despite a panel of inquiry set by the Federal Government on the issue indicting the suspended Director General.

He stated: “We view the judgment as not only a miscarriage of justice but grossly inimical to the culture of corruption-free society which President Buhari and our forum are striving so hard to enthrone in the Nigerian capital markets and Nigeria. It is instructive to note that capital markets world over thrive on integrity”.

The group accused the Independent Corrupt Practices and Other Related Offenses Commission (ICPC) prosecutors of handling the case in an unprofessional manner.

The CCMSF said it was concerned by the decision of ICPC prosecutors to charge Mr. Gwarzo for “only the alleged illegal collection of severance package; while in fact, the Report of the Administrative Panel of Inquiry set up by the Minister of Finance had recommended that the ICPC charge Mr. Gwarzo for several alleged offenses which borders on fraud, abuse of office and gross violation of several provisions of the Public Service Rules”.

“Our Forum is aware that the report was forwarded to the ICPC by the Federal Ministry of Finance for necessary action”, Usman claimed.

“For the avoidance of doubt, the CCMSF has sighted the Report of the Panel of Inquiry which seriously indicts Mr. Mounir Gwarzo and we intend to make the report available to the investing public in due course. “However, we refer to the Section 8.0 (Summary of Recommendations) on Pages 38&39 of the Report which is quoted below:

“8.1.1 Mr. Mounir H. Gwarzo: i) should be directed to refund the sum of N104,851,154.94 only, which he illegally collected as severance package; ii) should be dismissed from the Public Service of the Federal Government for holding the position of a Director in private companies (Medusa Investment Limited and Outbound Investments Limited) while in service as the Director-General of SEC in breach of PSR 344, PSR 030402 and Section 6 of the Investment and Securities Act 2007;

iii) should be referred to the ICPC for further investigation of the allegation of using his position as Director-General to influence the award of contracts to Outbound Investments Limited in view of the provisions of Sections 57 (12) (b) and 58(5) of the Public Procurement Act, 2007;

“iv) should be dismissed from the Public Service of the Federal Government, in line with PSR 030402 (in relation to the allegation on Golden Handshake), having breached paragraphs 313 and 316(4) of the Financial Regulations (Government Notice No. 291 of the 27th October, 2009) (engaging in extra budgetary expenditure without appropriate approval).”

They therefore called for the immediate dismissal of Mr. Mounir Haliru Gwarzo from the service of the Federal Government as recommended by the Panel of Inquiry and that the  relevant anti-corruption agencies be directed  to immediately prosecute him for the above mentioned offences, as prescribed by the relevant laws, rules and regulations which he has violated.

“Anything short of this will amount to the relevant institutions working against President Buhari’s efforts at fighting corruption in Nigeria” the group added.

Nigeria, Saudi Arabia to present MoU on infrastructure development in oil and gas sector next month 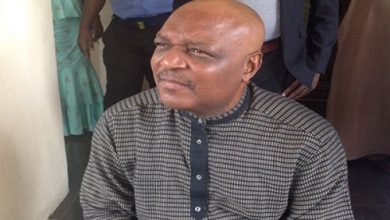 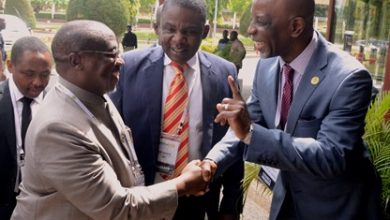