Donald Trump said he may attend the opening of a controversial new US embassy in Jerusalem, a fraught prospect designed to underscore close ties with Benjamin Netanyahu, as he hosted the Israeli leader at the White House on Monday.

The embattled US president warmly welcomed the embattled Israeli prime minister, claiming ties between their two countries had “never been better” as he floated a May trip that would be a major security and diplomatic challenge.

In the Oval Office, Netanyahu praised Trump’s highly contentious decision to move the embassy to Jerusalem — which both Israel and the Palestinians claim as their capital.

Asked if he would take part in the planned ceremony, which will coincide with the 70th anniversary of Israel’s declaration of independence, Trump said: “I may, we’ll be talking about that.”

“If I can, I will,” Trump added, “Israel is very special to me, special country, special people.”

Such a visit would risk pouring gasoline on an already enflamed situation and curb the US claims to be an independent broker in the peace process.

Trump’s plan to move the US embassy from Tel Aviv to Jerusalem this year has brought the two leaders closer together, but it has also infuriated Palestinians and was condemned by 128 states in a United Nations General Assembly vote in December.

But Monday’s meeting was all smiles at the White House as the two leaders — both facing serious legal investigations — put on a joint show of unity.

Hours before Netanyahu arrived at 1600 Pennsylvania Avenue, it was confirmed that an ex-aide agreed to become a state witness in a corruption probe that has imperiled his premiership.

– ‘Partners in ideology’ –
The Israeli leader has embraced the Trumpian tactic of denouncing corruption allegations as “fake news.”

It is a method that Trump has honed in dealing with an investigation into whether his campaign team colluded with Russia during the 2016 US elections.

Several of Trump campaign aides are facing charges or have pled guilty to lying to FBI investigators.

Netanyahu’s visit while in Washington to the annual conference of the influential lobby group the American Israel Public Affairs Committee (AIPAC), will provide a boost for the right-wing Israeli leader as scandals and political turmoil brew at home.

“I think they are partners in ideology, and the ideology is a populist, conservative ideology which says that the old liberal elites are against us,” said Gayil Talshir, a political scientist at Jerusalem’s Hebrew University.

The Middle East peace process grew even more complicated recently after Jared Kushner, the president’s son-in-law and one of his senior advisers, lost his top-secret security clearance.

But Netanyahu is not thought to be overly concerned about any delay in restarting the peace talks.

In his encounters with Trump and at the AIPAC conference, he was expected to focus mainly on Iran as Israel’s greatest enemy, and one he says seeks a permanent military presence in neighboring Syria.

The prime minister is also expected to call again for changes to, or the cancellation of, the nuclear accord between world powers and Iran, said Zalman Shoval, a former Israeli ambassador to Washington. 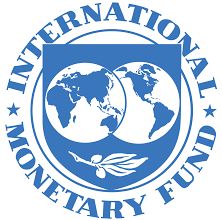