The International Monetary Fund (IMF) has backed African governments to use tax increments as a means of raising more revenue in order to reduce borrowing as they continue to fight the deadly pandemic.

This comes on the back of the Regional Economic Outlook report – April 2021 (published by IMF), revealing that 17 countries in the region are either at high risk of debt distress or already in debt distress as of the end of 2020, a situation that will be exacerbated with the continuous lingering of the deadly coronavirus pandemic.

Hence, to avoid further plunging many countries into debt distress or high risk of it, the IMF says, governments must look at the circumstances of their countries and implement tax adjustment measures that will rake in more revenue so as to avoid borrowing to cushion the economy in their quest to recover from the pandemic. This includes increasing corporate taxes, reviewing tax exemptions, deepening the role of property and environmental taxes, and utilizing VAT, among others.

“Depending on country circumstances, authorities looking to expand their fiscal space can look to tax policies that increase the progressivity and coverage of personal income taxes; eliminate distortionary corporate income tax exemptions and incentives; increase the role of property and environmental taxes; and broaden the value-added tax (VAT) base.

The last may offer significant scope for improvement in sub-Saharan Africa’s case, as the region’s VAT efficiency (the ratio between actual VAT revenues and theoretical revenue received if all consumption were charged at the standard rate) is only about 35 percent, compared with a global average of more than 50 percent. Increasing regional efficiency to the global average would boost revenues by about 2 percent of GDP,” the report stated.

Besides the tax measures, the Fund is urging governments to tackle illicit financial flows, which represent a sizable and ongoing drain on the region’s fiscal resources and prosperity. This can be done by leveraging the potential benefits of new technologies to enhance revenue administration over the near term.

Again, the IMF has advised for increased transparency and governance especially when the nature of crisis spending often increases the risk and opportunity cost of wastage and fraud. Hence, improving transparency and accountability can ensure that limited funds are helping the people who need it most.

The situation in Ghana

The country is among the IMF list of economies at high risk of debt distress as currently, the public debt has reached 76.1 percent of GDP as of December 2020. Government intends to further borrow about GH¢41.3 billion in 2021 to support the budget. Of this amount, GH¢25.4 billion, representing 62 percent, will be borrowed from the domestic economy.

The fiscal deficit also widened to 11.7 percent of GDP as expenditure for the year went above GH¢100 billion whereas revenue mobilised was GH¢55 billion, meaning government had to borrow close to double its revenue to cater to its needs.

This has pushed government to introduce some new taxes in its 2021 budget. Among the taxes government has introduced to achieve it GH¢70 billion revenue target is a new tax dubbed COVID-19 Health Levy which will see a one percentage point increase in the National Health Insurance Levy and a one percentage point increase in the VAT Flat Rate to support expenditures related to COVID-19.

In addition to this, government said it is proposing a Sanitation and Pollution Levy (SPL) of 10 pesewas on the price per litre of petrol/diesel under the Energy Sector Levies Act (ESLA); and a further Energy Sector Recovery Levy of 20 pesewas per litre on petrol/diesel under the ESLA as a means of finding additional resources to cover the excess capacity charges that have resulted from the Power Purchase Agreements (PPAs).

That is not all, the budget statement further added that there will be a review of existing road tolls which will be aligned with current market rates as part of the framework for promoting burden sharing as the country seeks to transform road and infrastructure sector in a post-COVID era.

Another area that government seeks to tap into for revenue is the gaming industry as it is estimated that the economy loses over GH¢300 million annually in revenue due to leakages in the sector. The gaming industry is fast gaining grounds in the country with the influx of online betting and automation. 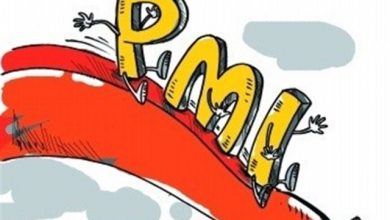