The Commissioner, Akwa Ibom State Police Command, Imohimi Edgal, has ordered the arrest of a Police Inspector attached to the command, Bassey Ikpe, for alleged murder of a widow.
Odiko Macdon, the state Police Public Relations Officer, disclosed this in a statement made available to newsmen in Uyo on Wednesday.
He said the CP had instructed the Deputy Commissioner, State Criminal Investigations Department to carry out thorough investigation into the matter.
Macdon reiterated the command’s commitment to policing with great deal of respect for human rights.
The PPRO said that the decision of the police to finally look into the alleged murder was informed by the reports in some dailies and online media in the state.
He said: “The attention of the Akwa Ibom State Police Command has been drawn to publications in some dailies and online media to the effect that a police officer attached to the state police command, one Inspector Bassey Ikpe, reportedly beat one Mrs Deborah Nkpenie to death, on January 16.
“To authenticate this serious allegation, CP Imohimi Edgal, the state Commissioner of Police, has ordered the immediate arrest of the said inspector.”
The News Agency of Nigeria reports that an eyewitness, who craved for anonymity, said the incident took place in the morning of January 16 following the invitation of the deceased by the policeman, who was an Investigating Police Officer in an ongoing case.
Another eyewitness, Mfonobong Peter, a sister to the deceased, also explained that the said policeman had personally entered the bedroom of the deceased to forcefully dress her up.
She said the IPO went wild with the allegation that the deceased was lying about her state of health in order to escape being arraigned in court.
Peter said: “My late sister was beaten to death by Inspector Bassey Ikpe.
“He had threatened her repeatedly since this matter came up.
“My sister had waist pains arising from the dislocation she had while caring for her late husband.
“This made it difficult for her to move about freely.
“She had become almost bedridden because of the difficulty in movement.
“She was highly hypertensive due to the health complications that led to her husband’s death.
“But this policeman refused to heed the advice of the Deputy Commissioner of Police.
“I don’t know what personal interest he had in the matter.
“He had forced her to come to the police station so that they could appear in court on a fictitious criminal charge against the advice of the Deputy Commissioner of Police the previous day.
“He beat my sister to death.”
NAN also reports that the sister and the brother of the late husband took the deceased to the police over her late husband’s property. 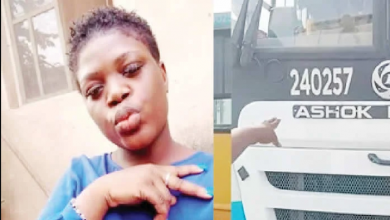 Slain BRT Passenger: Investigation Will Be Thorough, Perpetrators Must Answer For The Crime- Sanwo -Olu 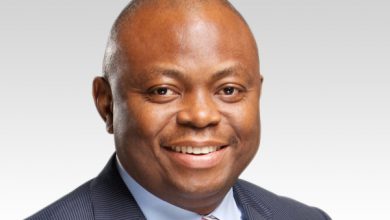