PRESS RELEASE—The newly established Kwara State Health Insurance Agency says it will commence registration for the State Health Insurance Scheme in August. This follows the launching of the scheme by Governor Abdulfatah Ahmed on Thursday in Ilorin.
Speaking during the launching of the scheme, the Executive Secretary of the Agency, Dr. Olubunmi Jetawo-Winter disclosed that the registration exercise will hold for 90 days across the 193 wards of the State.

Jetawo-Winter stated during the registration period, the agency will capture all baseline health information, and bio-data of all residents, which she said, will form the bedrock of standardization of operations of the scheme.

The Executive Secretary added that the identification of the poor and special populations including people living with disabilities will also take place during the registration exercise.

She noted that an insurance card would be issued to every individual registered under the scheme, and that enrolment would commence once the cards have been issued. According to her, with this card, coverage averages out to a little less than N25 per day.

Continuing, Jetawo-Winter said that those registered will enjoy health benefits covered under the scheme such as maternal and child care services, emergency care services, minor surgeries, everyday ailments, chronic illnesses such as diabetes and high blood pressure, preventive health education, among other benefits.

She called on relevant stakeholders to continue to support the State government in its efforts to provide universal health coverage to all Kwarans, just as she also thanked all the technical partners of the health insurance scheme. 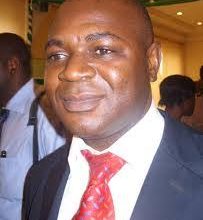