The Lagos State Government on Thursday totally played down a report on social media alleging that Governor Akinwunmi Ambode was making some moves against non-indigenes especially Igbos in the State, saying the report was baseless, mischievous and irresponsible.

Commissioner for Information and Strategy, Mr. Kehinde Bamigbetan in a statement, said the claims in the said report were nothing but absolute falsehood and a mere figment of the imagination of unscrupulous persons who concocted it.

The report had alleged that the Governor had outlawed the position of Eze Ndi-Igbo in Lagos and was making other moves against non-indigenes.

The report, which did not state the event where the Governor allegedly made such pronouncements, also quoted the Governor as saying that Lagos was not a colonial settlement, but owned by the Yorubas.

Describing the contents of the alleged report as laughable and ridiculous, Bamigbetan said Governor Ambode had clearly emphasised at the inception of his administration that he would run a government of inclusion regardless of tribe, colour or creed, which he had not only adhered to, but also sustained it.

“While we would have opted to totally ignore such crass report, we have chosen to set the records straight for unsuspecting members of the public who might be tempted to believe such falsehood.

“For emphasis, there is no record anywhere of the Governor making such remarks and we dare the faceless authors to come out with any evidence otherwise. This is certainly the handiwork of enemies of Lagos State whose sole aim is to distort the existing harmonious relationship among ethnic groups in the State.

“They have totally failed in this attempt. Besides, in this season of politics, it is expected that those seeking to gain mileage would stop at nothing and cling to any straw just to score cheap points.

“Indeed, the Governor, precisely in his inauguration speech had stated emphatically that ‘I shall run an open government of inclusion that will not leave anyone behind. No matter your age, sex, tribe or any other Status, as long as you reside in Lagos, we will make Lagos work for you.’ The Governor has not only lived up to that, but has also sustained it and every Lagosian can attest to it,” Bamigbetan said.

While urging members of the public to disregard the report in its entirety, the Commissioner also urged security agencies to go all out and investigate the mischief makers behind it and mete out appropriate sanctions on them in accordance with the law. 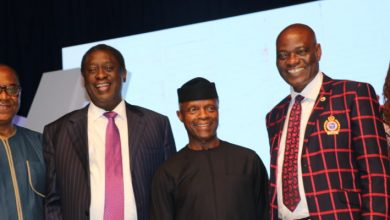