The CBN Governor, Mr Godwin Emefiele made this known while addressing newsmen on outcome of the MPC meeting in Abuja on Tuesday.

Emefiele said the committee also retained Cash Reserve Ratio (CRR) at 22.5 per cent as well as Liquidity Ratio at 30 per cent.

He explained that the development was a decision of the 11 members of the committee that were in attendance at the meeting who voted unanimously for retention for the progress and development of the economy.

Emefiele said in considering specific policy options of whether to loosen, tighten or hold, the committee ensured that it focused and considered that the growth of the economy was imperative and the management of price stability was sacrosanct.

He disclosed that after evaluating the consequences of loosening or tightening options, the committee decided to hold on its monetary policy’s position.

According to him, tightening policy is not an option at this time, while loosening will increase money supply and stimulate aggregate demand as domestic production and economy will be awashed with liquidity.

The governor added that holding on to current monetary policy’s position, the committee observed that the recent action of the management of the bank targeted at stimulating credit growth in the real sector would increase credit delivery to the real sector.

He said holding on to its monetary policy would also accelerate development and economic growth in the country.

The CBN governor said that another reason was that interest rates were currently trending downward and it was safer to await the full impact of this policy action on the economy before reviewing its position.

Emefiele said that the MPC also called on the banks to encourage Nigerians in diaspora to use official sources for remittance of funds.

He said the committee advised the banks to introduce incentives by reducing charges on diaspora home remittances to Nigeria. 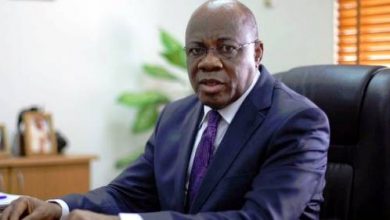