BY NKECHI NAECHE-ESEZOBOR–Mutual Benefits Assurance Plc on Monday announced a profit growth of 214 percent for the financial result for the year ended 31, December 2019.

According to the top insurer its profit after income tax grew to N3.61billion when compared to N1.15 billion recorded in 2018.

This is contained in a statement made available to BusinessToday Online that its audited account released on the floor of the Nigerian Stock Exchange (NSE), the Company’s gross premium written rose by 18% from N15.84 billion in 2018 to N18.7 billion in 2019.

The Company also recorded a growth in Underwriting Profit of 77%, which rose to N5.4billion from N3.1 billion recorded in 2018 and a 13% increase in Net underwriting income from N13.96 billion in the previous year to 15.77 billion in the year under review.

A breakdown of the claims paid by Mutual Benefits Life Assurance Ltd indicates that Maturity Claims account for the highest Claims, at N8.00 billion, followed by Surrender Claims at N4.28 billion and Group Life Claims at N4.03 billion.

Speaking on its performance, Femi Asenuga, Managing Director, Mutual Benefits Assurance Plc, commenting on the Company’s remarkable performance said: “A twin approach of increased revenue drive and more robust underwriting process in 2019 ensured an impressive 77% increase in underwriting profit from N3.1b in 2018 to N5.4b in 2019.”

On the Company’s 5-year Strategy Plan tagged Project One Reloaded, Femi remarked that “we have made giant strides towards delivering more innovative and cutting-edge solutions to our teeming customers with the launch of an attractive, user-friendly website with e-commerce capabilities and a Mobile-Application.”

The website and its e-commerce page allow the Company’s numerous customers to procure insurance policies online real-time and seamlessly at their convenience; while improving their overall customer experience. 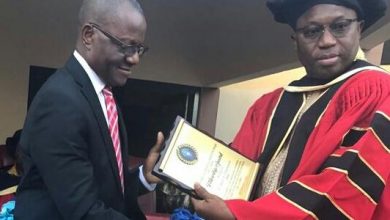