Confirming the notice , Mr Patrick Etim, the Legal Adviser to Independent Petroleum Products Importers (IPPIs) who confirmed it in Lagos on Sunday said that the 7-day ultimatum became necessary as all investments and assets of oil marketers are been taken over by banks, while payment of workers’ salaries remains serious dilemma.

According to Etim, marketers have asked their workers to stay at home from December 1 as salaries of workers could not be paid due to huge debts owed by the government on subsidy.

“The only way to salvage the situation is when government pays the outstanding debts though cash option for marketers to pay workers than other form of payment instrument like (promissory note) would save the intended mass retrenchment.

“As at tail end of 2018, several months after the assurances received by government would pay off the outstanding debt, but as I speak, nothing has been done.

“The oil marketers has requested forex differential and interest component of government’s indebtedness to marketer be calculated up to December 2018 to be paid within next 7-days from the date of the letter sent to them,’’ he said.

Etim said that several thousand jobs are on the line in the oil and gas industry, as oil marketers began cut-down of their workforce due to inability to pay salaries

The counsel said that the current administration paid part of the debts with a substantial portion of the subsidy interest and foreign exchange differential still pending, in spites the then acting President Professor Yemi Osinbajo for urgent intervention and directive to the former Minister of Finance, Mrs Kemi Adeosun,

Adewole also confirmed that the ultimatum letter had been served on November 28 to the Debt Management Office, Minister of Finance, Chairman, Senate Committee on Petroleum Downstream, Deportment of States Services and the Minister of State, Petroleum Resources for urgent payment of marketers outstanding debts.

He said that this became necessary to avert the industry from imminent collapse and also help to stave off any sack workers as marketers can no longer afford to pay beyond November 30th with such financial constraint.

He advised that DMO prompt response would stop the wastage of government resources, which continuous to increase in the form of interest on unpaid amounts which as at today is in excess of N118billion.

“We urged the DMO to process and pay marketers in cash for their outstanding forex differentials and interest component claims, together with the amount already approved by the Federal Executive Council (FEC) and the National Assembly.

“Marketers are not in a position to discount payment on the subsidy induced debt owed as proposed by DMO, the expected payment is made up of bank loans, outstanding admin charges due to Petroleum Products Pricing Regulatory Agency (PPPRA), outstanding bridging fund due Petroleum Equalisation Fund (Management) Board (PEF(M)B) and in a few cases AMCON judgment debts.

“We urged that the FEC approval payment instrument, the promissory note be substituted with cash and paid through our bankers to top the avoidable aste of public funds through these debts accruing interest,’’ he said.

According to him, The DMO brief to marketers renders the proposed financial instrument of inadequate value to the industry, nullifies the principle of full restitution to the subsidy scheme participants.

“And does not achieve the purpose of reliving the industry from the unsupportable financial burden arising from its participation in the importation of product under the subsidy scheme of the Federal Government.

The DAPPMA scribed that some of the prayed that government institutions involved in resolving the lingering problem to appreciate dire situation marketers faced and the urgent need pay off these debts in full without further delay.

However, a depot owner, who preferred not to be mentioned condemned the Nigerian Ports Authority (NPA) and Nigerian Maritime Administration and Safety Agency (NIMASA) in their quest to implement Stevedoring Regulation 2014, which some terms conflict Petroleum Products Pricing Regulatory Agency (PPPRA) Act of 2006.

The depot owner said that the agencies claimed they would not clear fuel laden vessels except the oil marketer utilise the Stevedoring firm workers.

He said that marketers had only argued that Stevedoring Regulation 2014 should take cognisance of PPPRA fuel pricing template.

This, he noted was because the stevedoring cost was not reflected the template and therefore could not be accepted by fuel marketers due to cost implications.

“But if it reflected on the template, which technically translates into fuel price increase and is approved by the FG, whenever recommended by PPPRA, then it will be accepted by marketers.

“This is largely consisting of forex differentials and interest, marketers will not absorb this additional cost as their margins have been eroded over the years without being reviewed, ‘’ he said. 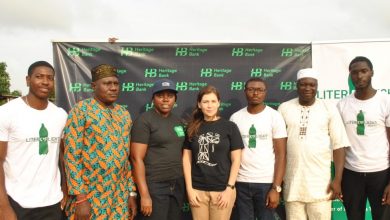 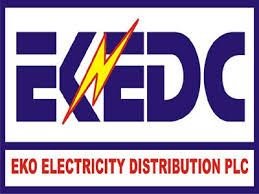 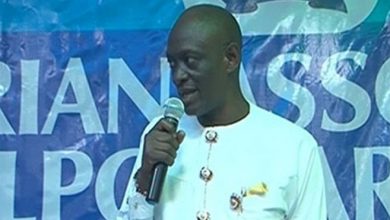