The labour unions in Nigeria on Sunday threatened to commence nationwide, indefinite strike from November 6, 2018 if the Federal Government does not meet their demands.

In a press statement, President of the Nigeria Labour Congress (NLC), Ayuba Wabba, and that of the United Labour Congress, Joe Ajaero, blamed the Government for the proposed action.

Meanwhile, the federal government insists it will only increase the minimum wage from the current N18,000 to N24,000, claiming no amount was agreed with the labour leaders at a meeting of a tripartite committee also involving the private sector.

The labour unions, who initially demanded N50,000 mimimum wage, however, say they agreed to N30,000 during the negotiation.

“It is also not true that the committee did not agree on a figure during its last sitting. We accepted N30,000 as a compromise to demonstrate the willingness of Nigerian workers to make sacrifices towards nation building,” the officials said.

Messrs Wabba and Ajaero said it has become necessary for the Organised Private Sector (OPS) as represented in the tripartite committee to speak up on this matter.

“Keeping silent in the face of this apparent mischief does our nation no good. At this time the OPS does not have any other choice but to rise to the occasion by telling Nigerians what transpired in the meeting.

“What we are waiting for is for the federal government to immediately set in motion the necessary machinery for turning the agreement into a Bill for onward submission to the NASS where we expect the presidency to work together with the legislators to make it a law so that it can be implemented quickly.”

The statement read: It has become imperative at this time that Nigerians recall the events that led to the last nation-wide strike which forced the federal government to return to Negotiation table that they had earlier abandoned. Nigerians should not forget the promises made by the same Government while pledging to return to the negotiation table leading to the suspension of the strike action. These are also within the context of the difficulties; the tortuous journey that have trailed the renegotiation of a new national minimum wage since the expiration of the last one in 2016; ranging from the refusal of the government to commit to its renegotiation even after the 16-Man technical committee had concluded its work and it became necessary to set up and inaugurate a tripartite committee to commence work on a new one. All the foot-dragging of the federal government to allow the committee to begin its work should also be remembered and the pressures that had to be brought to bear on them to allow the committee commence its work after inauguration. Every step of the way has been one pot hole or the other.

All these are clearly not pointers to a party whose negotiation motives are in good faith but expressly demonstrate to all Nigerians that this party was unfortunately willing from beginning to play games on a life and death issue like a new national minimum wage for Nigerian workers.

Thus far, the path to a new national minimum wage has been expectedly littered with betrayal, resistance, half-truths and now almost outright sabotage. That is why it has become urgent that Nigerians are informed of the insistence of the federal government to deliberately create confusion and make the negotiations for a new national minimum wage inconclusive as usual.

It is not true that we proposed N30,000 as the new national minimum wage. It is also not true that the committee did not agree on a figure during its last sitting. We accepted N30,000 as a compromise to demonstrate the willingness of Nigerian workers to make sacrifices towards nation building. Anything to the contrary no matter the quantum and character of the din or how well couched it may appear cannot be true. Resorting to Goebbelsianism at this time of national emergency which requires men and women of integrity is rather unfortunate and cannot suddenly make the brazen falsehoods truths.

We believe that it has become necessary for the Organised Private Sector (OPS) as represented in the Tripartite Committee to speak up on this matter. Keeping silent in the face of this apparent mischief does our nation no good. It can only help mischief, dishonesty and impunity to grow. At this time the OPS does not have any other choice but to rise to the occasion by telling Nigerians what transpired in the meeting..

They should tell Nigerians whether::

1. there was a motion that was seconded on a final figure

2. there was a document signaling this agreement that had already been signed by some parties?

3. the N30,000 figure was ours or a compromise figure based on proposed scenarios?

As far as Nigerian workers are concerned and as represented by us, we shall no longer negotiate on a figure for the new minimum wage having reached an agreement on this during the last sitting of the tripartite committee. We cannot continue discussing a figure that has already been agreed procedurally within the Committee. What we are waiting for is for the federal Government to immediately set in motion the necessary machinery for turning the agreement into a Bill for onward submission to the NASS where we expect the Presidency to work together with the Legislators to make it a law so that it can be implemented.quickly.

We are not amused by the feeble and laughable attempt the federal government is making to intimidate and cow the trade union movement and its leadership in the country all in a bid to subjugate the will of Nigerian workers over the national minimum wage. The pronouncements of the Federal Executive Council (FEC) as it concern trade union operations in the country are very unfortunate. We see it as another step down the road to fascism as this Government continues to demonstrate high-handedness and rabid insensitivity to the plight of the citizens and any other opposing views.

A nation where Governments owe its workforce several months in arrears of unpaid salaries has not sought ways to eliminate it is rather seeking ways to gag same workers from protesting this crime against them and their families. It is akin to ‘’beating a child and denying him the right to cry’’ Has the Government considered ‘’No Pay, No Work’?’ Has it considered criminalizing non-payment of workers; salaries? Has it considered paying arrears of salaries with interests? Of course, it has not! They are only interested in “No Work, No Pay” Seekiing ways to constantly gag and put workers in a strait jacket has always been their pastime.

The trade union movement in Nigeria is one of the most policed and governed sectors in Nigeria and has sets of laws and conventions that govern its operation. We are sure that the Minister of labour understands this and we are also sure that he understands the implications and wretchedness of those statements in the light of these. We have been law abiding and will remain law abiding despite these provocation by the honourable minister of labour. He should remember that we have a very deep history of attempts by past administrations to suppress and castrate the trade union movement but we have remained strong. Just like the others failed, this one will also fail.

We are worried that instead of the Minister of Labour being more concerned with the welfare of Nigerian workers and making enabling laws that would guarantee safety and a dignified workplace, he is focused more on seeking ways of emasculating workers and their organisations. We had thought that the FEC and the Ministry of Labour would have been more concerned about the huge Job losses being experienced in the country thus seek ways to create jobs but they are shamelessly seeking ways to impoverish and pauperize the remaining workforce. We had thought that a responsible government would seek to work for the people.

We had thought that FEC should devote more time to grapple with the wanton poverty that has reduced Nigerians to hunger and suffering in their own nation. We had felt that the FEC should tell us about how to get this nation out of the specter of squalor and granting Nigerians more access to nutrition and public utilities rather they waste public resources in a meeting to make pronouncements directed at shackling the citizens especially Nigerian workers from expressing their democratic and fundamental rights.
It is indeed a shame that the FEC will seek to muzzle freedom of expression and democratic dissent as a weapon for governance in a democracy. We had expected the Government to have respect and honour for dialogue rather than its continued show of disdain and contempt for civil conversations. Resorting to the use of power as a means of relating with the citizenry has a deep and dangerous portend not just for Industrial relations in Nigeria but for government’s tolerance of opposing views and democratic norms. This leaves us worried about government’s thinking and mindset towards the 2019 general elections.
Nigerians are no longer surprised why governance in the nation seems to have become a huge joke if this is how they tackle other serious national issues. Imagine Governors forum that has 6 representatives in the tripartite committee jumping in to make excuses after its representatives had made their submissions in the committee! We shall consider any Governor saying that he is unable to pay as unpatriotic and, an enemy of Nigerian workers and masses. We shall vote them out in 2019.
We the organized labour in Nigeria having not seen any sign that this government is willing to demonstrate honour and integrity in relating with Nigerian workers and masses have resolved to as follows:

1. Organise a A day of National Outrage and mourning which will be used to sensitize Nigerians on our plight and on the issues at stake. This shall take place in all states of the federation including Abuja on Tuesday, the 30th day of October, 2018

2. A meeting of various organs of the Unions will hold as appropriate

3. On Friday, the 2nd day of November, 2018, a Joint Central Working Committee (CWC) meeting of all the Labour Centres in Nigeria shall hold to receive reports and make final preparations for our ultimate engagement with the federal government on this matter. This is the first time in the history of this nation in recent times that such meeting will take place and this goes a long way to show the seriousness with which Nigerian workers and its leadership hold this matter

4. If nothing is responsibly done by the federal government to meet our demands, on Monday, the 6th day of November, we shall embark on a nation-wide strike to compel this government to show more sensitivity to the plight of Nigerians and the suffering that is decimating our people on daily basis.

We urge all Nigerians and workers not to be discouraged as it has become obvious that this government does not care neither for the workers nor for the citizenry. It would always prefer the use of force to silence and subdue our cries of anguish rather than show feelings of brotherhood especially when our strength of logic and argument has overwhelmed their feeble attempts and propaganda. Let us today remember those who deny us and let us collectively demonstrate our position at next year’s polls.

Let us all gird our loins to assist this government correct its ways so that our nation would be more inclusive where majority of the citizenry will find space to freely unleash their creative potentials and reap the reward of their labour because we truly deserve the reward of our labour. 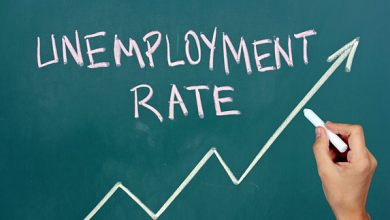 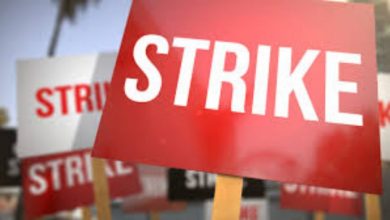