Mr Moses Igbrude, Publicity Secretary, Independent Shareholders Association of Nigeria (ISAN), told the News Agency of Nigeria (NAN) in Lagos that the bank had set some positive standards that needed to be improved upon.

Igbrude said that the bank had maintained leadership as the first financial institution to release results and conduct Annual General Meeting (AGM).

He said that the new Managing Director must maintain the trend, noting that shareholders would not expect anything less.

Shareholders do not expect anything less than that, this culture must be sustained, the new Managing Director must and should improve on the standards he met on ground,” Igbrude said.

He said that the shareholders would not accept anything less from Onyeagwu, urging the board to give the incoming Managing Director the needed support.

Mr Ambrose Omordion, the Chief Operating Officer, InvestData Ltd., said that the bank had set the record of growing its earnings on quarterly and yearly basis.

Omordion said that the trend would likely continue with the appointment of Onyeagwu who had been in the bank.

He said that the new Managing Director had been part of the bank for over two decades and he understood the vision and operations to drive profit and create more value for investors.

The bank, which stated this in a notice to the Nigerian Stock Exchange, said the appointment was subject to the approval of the Central Bank of Nigeria (CBN) and would become effective from June 1.

According to the notice, Onyeagwu will replace Mr Peter Amangbo, whose tenure will expire on May 31, 2019.

Onyeagwu has been Zenith Bank’s Deputy Managing Director since October 2016 and has spent 17 years working with the bank.

The bank said that the appointment was consistent with its tradition and succession strategy of grooming leaders from within.

Onyeagwu, who is a graduate of accounting from Auchi Polytechnic, began his career at the defunct Financial Merchant Bank in 1991 and later held several management positions in the erstwhile Citizens International Bank Limited until 2002 when he joined Zenith Bank.

He obtained a postgraduate diploma in Financial Strategy and a certificate in Macroeconomics from the University of Oxford. 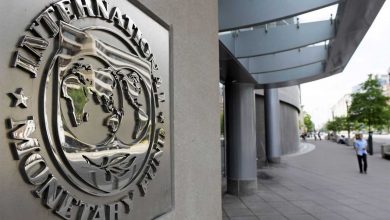