Foreign direct investment (FDI) is the term that describes investment from one country into another country (normally by companies) that involves establishing operations or acquiring tangible assets, including stakes in other businesses. In Nigeria, it is often wrongly touted as the solution to a nation’s economic underdevelopment. However, in recent years, Nigeria’s FDI has been struggling. It reached a mediocre $981mn in 2017, a far cry from its previous peak of $5bn in 2008. While the partial market-oriented change to the exchange rate regime in 2016 encouraged the minor 2017 peak, an array of other fundamental problems such as prolonged insecurity, a poor investment climate and a significant infrastructure deficit, still make the country appear highly risky to long-term investors.

The likelihood of the US Federal Reserve resuming its monetary policy tightening cycle in the next quarter only makes this worse, as the move could trigger a reversal in portfolio investment (hot money) and underscores the importance of FDI. As such, low FDI inflows will continue to be a concern for policymakers.

Foreign Investors Have Shown Interest in Nigeria
Foreign investors have shown an interest in Nigeria. In fact, the creation of the 19th-century colonial state, which formed Nigeria, was facilitated by an international company, the Royal Niger Company. Over the decades, the Nigerian government adopted several policies to attract FDI into the national economy.

In the mid-80s, the Ibrahim Babangida regime implemented the structural adjustment program, aimed at liberalizing various sectors of the economy and subsequently attracting foreign investors to the manufacturing industry. This policy, although widely criticized at the time, helped to attract FDI, which rose from an estimated $200mn in 1970 to $2bn in 1994. Unfortunately, the nullification of the 1993 general elections, and the ensuing political uncertainty, resulted in a reduction in FDI inflows between 1996 and 1999. With the return to democracy in 1999 and the ensuing surge in oil prices, FDI again rose to a place of prominence.

Nigeria Appears Risky To Long-Term Foreign Investors
The country’s reliance on hydrocarbons for government revenue and foreign-exchange remains a fundamental weakness of the economy, which subjects it to boom and bust cycles. This lack of economic diversification is a major deterrent for investors and partly plays a role in the FDI inflow fluctuations tracked by the National Bureau of Statistics. When the price of oil is high, money inflows increase and vice-versa. For instance, the price of oil peaked in 2014, the same year Nigeria recorded its highest FDI inflow this decade, at roughly $2.7bn. As the price of oil fell, FDI ebbed, as the 2017 figure of $981mn reflects.

The prolonged state of insecurity in Nigeria is another major factor. It does little to attract foreign investors. The country continues to con-tend with spurts of violence in the middle belt, between herdsmen and communal farmers; threats of secession in the South-East; and insecurity in the Niger Delta and North-East. Very few foreign companies are willing to jeopardize the lives of their employees and assets in such a volatile and sometimes violent environment.

A third key fundamental factor is the poor investment climate characterized by overly stringent government policies, bureaucratic bottlenecks for securing permits, and a weak legal framework. In 2015, MTN, one of the most prominent and successful foreign investors in Nigeria, was sanctioned with a $5.2 billion fine for failing to disconnect unregistered subscribers. Such draconian punishment cannot be encouraging for prospective investors.

And finally, the nation’s huge infra-structure deficit is another major in-vestment deterrent. The lack of stable power means manufacturers have to rely on expensive alternative energy sources, such as diesel generators. In addition, many investors are fearful that despite a large population, there is no viable market for their products due to the high rate of poverty and unemployment. Given all of these factors, it is not difficult to see why many potential investors opt for other markets like Morocco, Kenya, and South Africa.

A More Conducive Business Environment Would Attract FDI
However, not all hope is lost. The federal government has set to work to correct these anomalies. Efforts to expand the tax base, reduce red tape, and strengthen the regulatory framework to investment are being pursued, albeit with varying degrees of success. This should help enhance the lure of Nigeria’s business environment, which in turn would attract FDI. The wider business operating environment has improved, and indeed Nigeria jumped 24 places to 145 out of 190 countries surveyed in the 2017 World Bank Doing Business index. Considerable progress has also been made on the drive to reduce Nigeria’s dependency on oil. A more diversified economy would make FDI more attractive, and result in a more stratified economy. Nonetheless, slow progress on reforming the business environment and political uncertainty surrounding the 2019 general election should keep FDI well below its peak in the next few years.

A country of Nigeria’s economic and social potential ought to attract more long-term foreign investment. To do so, the government needs to address the underlying structural bottlenecks that make Nigeria such a difficult country for business investment.

Banks Are Sabotaging Our Efforts On New Notes-CBN 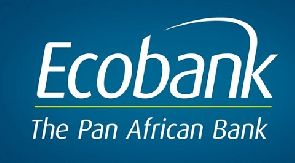 Ecobank Announces Retirement of Dolika Banda from its Board 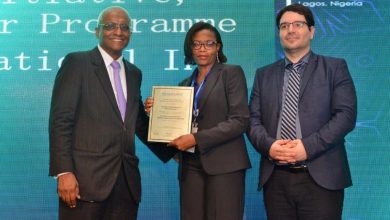 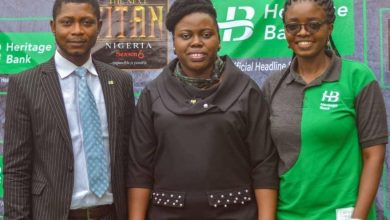