BMI View: Nigeria’s economy will continue to benefit from a cyclical upswing, driven by an improving outlook for its extractive industries and increasing investor sentiment. That being said, prevalent risks to political stability threaten to derail this recovery, particularly as the 2019 election approaches.

Real GDP growth will continue to accelerate in Nigeria over the coming quarters, benefitting from an uptick in crude oil production and rising government spending – afforded by higher commodity prices. Furthermore, we expect that reform to the country’s multiple exchange rate regime in H118 will not only boost access to hard currency but also offer tailwinds to investor sentiment during this period. These factors will help lift growth to 3.3% and 4.5% in 2018 and 2019 respectively, up from an estimated 0.7% in 2017. That being said, although an economic upswing remains our core view, we highlight the risks posed by the potential increase in political instability as the 2019 general election approaches. As well as the growing divisions within President Muhammdu Buhari’s ruling All Progressives Congress (APC) which could potentially undermine policy-making, the threat of violence across the country is arguably becoming more pronounced (see ‘Insecurity Closing Window For Economic Reform’, January 17). In this environment, the outlook for the Nigerian economy remains fragile and risks to our headline figures for growth are skewed firmly to the downside. Rising Tides Lift All Boats
A number of external factors will play in Nigeria’s favour over the coming quarters, including an increase in oil prices, a weak US dollar, and a broad-based increase in real GDP growth across the world. This backdrop will help to lift growth, despite President Muhammadu Buhari’s disappointing progress on the reform agenda he campaigned on when elected in 2015. Despite the threat of rising interest rates in developed markets, appetite for frontier market assets will likely sustain investment into countries like Nigeria in 2018, barring some kind of global shock such as a trade war or collapse in commodity prices. Indeed, Nigeria’s stock market has outperformed its peers, indicative of the accommodative environment supporting the economy’s recovery over our short-term outlook period.

Similarly, the rise in global oil prices in recent months will continue to bolster government finances, allowing public spending to make a more robust contribution to growth. Crude oil has traditionally accounted for around 65.0% of fiscal revenues, so we believe that the 60.4% increase in the price of Brent since June 2017 will offer substantial tailwinds to economic activity in the form of public investment and government consumption. We see government spending growing by 11.9% in 2018, compared to an estimated 6.0% increase in 2017, with a 20.0% rise in capital spending expected to support economic growth. Aside from the benefits of higher oil prices, rising oil production will also offer tailwinds to Nigeria’s economic outlook with a 3.1% increase in crude production over 2018 as output continues to recover from a series of pipeline attacks in 2016.

Reform Will Bolster Investor Sentiment
Reform to Nigeria’s exchange rate regime will also boost growth, supporting improving investor sentiment. Our core view remains that the government and central bank will converge the country’s multiple rates in to a single, more flexible rate in the months ahead (see ‘Naira Devaluation Remains Core View’, January 22). While the central bank’s introduction of a free-floating rate for portfolio investors and exporters has boosted liquidity in foreign exchange markets, we believe questions concerning the sustainability of the country’s multiple rate regime continues to weigh on foreign investment. A devaluation of the naira followed by a move to a more flexible trading band would likely do much to support confidence among investors in the longevity Nigeria’s economic recovery, supporting growth going forward.

Political Risk Poses Major Downside Risks
While the outlook for the Nigerian economy appears more constructive than it has in recent years, the country’s economy trajectory remains exposed to high levels of political risk over the coming months. As the 2019 general election approaches, we see an increasing likelihood of a rise in insecurity, as armed groups look to maximise their leverage when seeking concessions from politicians running for office. Perhaps the most significant of these groups is the Niger Delta Avengers, who have repeatedly threatened to resume attacks against the Delta’s crucial oil pipelines in response to what they claim is the government’s failure to adequately distribute the industry’s revenues amongst the local population. If attacks returns to levels seen in 2016, when the group was responsible for a substantial decline in Nigeria’s crude output, then we would look at revising down our forecasts for economic growth. In addition to the threat of violence, with the 2019 election fast approaching, we highlight the risks that political appetite for exchange rate reform could soon wane if it entailed a rise in prices at a time when voters were going to the ballot box.

Furthermore, growing factionalism within President Buhari’s APC could easily see Nigeria miss out on the wave of positive sentiment amongst international investors to frontier markets. For instance, any delays in passing crucial legislation such as the 2018 budget or the next phases of the Petroleum Industry Bill could soon see sentiment sour. 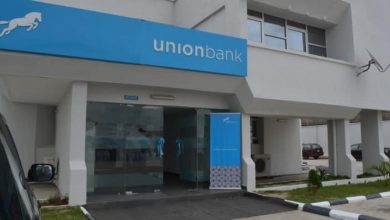 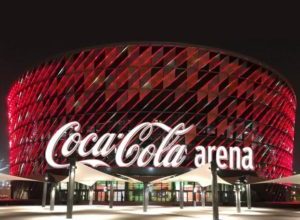 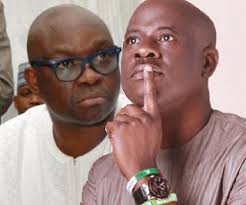