The Nigeria Extractive Industries Transparency Initiative (NEITI) has announced plans to sign Memorandum of Understanding (MoU) with law enforcement agencies to ensure transparency in the extractive industries in the country.

The Executive Secretary of NEITI, Dr Orji Ogbonnaya-Orji, disclosed this while hosting a team from the Energy Correspondent Association of Nigeria in Abuja on Wednesday.

He said that the MOU would foster partnerships with agencies of the Federal Government to enforce compliance and sanctions in the extractive sectors.

He named the agencies to include the Economic and Financial Crimes Commission (EFCC), Independent Corrupt Practices and Other Related Offences Commission (ICPC) and the Nigerian Financial Intelligence Unit.

“One of the challenges we have in implementing the EITI is compliance and enforcement. You are aware that reports are published in Nigeria and is usually (a challenge) to implement.

“This is because agencies just don’t think to do so. If there are no sanctions or incentives; sanctions for refusing to implement, incentives for doing well, everybody moves on and that is the bane of our society.

“That is why we said that we will have to align with those who have very powerful machineries to enforce sanctions. So in the next couple of days we will be signing a draft MoU between us and the EFCC and it is being reviewed by the two organisations.

He added that all parties had agreed to sign the MoUs before the end of May.

Ogbonnaya-Orji stated that each of these agencies had been encouraged to establish professional extractive industry desks equipped with staff with requisite training in that area.

“In the EFCC we have geologists, geoscientists and people who have worked in the oil and gas industry. If they don’t have, they will engage and when our reports are released we share with them.

“They analyse it and find out where there is financial malfeasance and misconduct in terms of managing extractive industry revenues.

“If it is outside the country, such as the stealing of our crude oil, the NFIU will trace it. The NFIU is an international agency,” he added.

On the function of the ICPC, he said the commission had to do with the public service or institutions that were either pilfering or stealing extractive industry revenues.

“So we are not alone and have moved fast in the last two months to strengthen our relationship with them.

“We want oil revenues to reflect in the lives of citizens of our country, as well as on the infrastructure of Nigeria. We want Nigerians to be happy because the current insecurity is a function of poverty,” Ogbonnaya –Orji said.

The NEITI helmsman further said that the agency had commenced moves to partner the Federal Ministry of Environment on how to draw up data on how extractive industries activities affects the environment.

Ogbonnaya-Orji also said that NEITI would be linking its reports to physical impacts going forward, as the agency had been expanding its capacity on it.

“We are equally trying to make sure that we are able to link our reports to impacts. When we publish reports, monies are recovered or we highlight monies that are missing.

“We want to follow-up and ensure that those monies are recovered into government coffers and we are committed to ensuring that the monies are well utilised.” 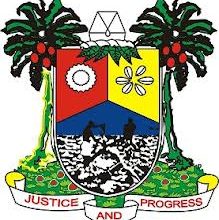