The Central Bank of Nigeria sold yuan for the first time as it looks to boost commerce between China and Africa’s biggest oil producer and reduce the dominance of the dollar as a trading currency.

Governor Godwin Emefiele granted approval for the auction to take place on Friday, Isaac Okorafor, a spokesman for the Abuja-based lender, said in a text message.

The CBN asked banks to bid for renminbi between 9:00 a.m. and midday, two people, who asked not to be identified because they’re not authorized to speak to the press about the matter, said. The results will probably be announced by Monday, they said.

While the central bank didn’t state the size of the sale or the exchange rate, allocations will be for businesses importing raw materials and machinery, one of the people said.

The auction comes after Nigeria and China signed a naira-yuan currency swap worth the equivalent of $2.4 billion in May. Emefiele said the three-year deal would help increase trade and reduce pressure on the naira-dollar exchange rate by weaning Nigerian importers off the greenback.

Giving companies access to yuan may make it easier for them to do business with China, but it’s unlikely to bolster the naira much, according to Omotola Abimbola, a bond and currency analyst at Ecobank Transnational Inc.

“In terms of the overall impact on the foreign-exchange market, it won’t be that significant,” he said by phone from Lagos, the commercial capital. “Our imports from China are very significant compared to the amount they can offer.”

Despite Africa’s growing trade links with China, the dollar and euro dominate as trading currencies on the continent, according to a June report from Swift, a Belgium-based interbank messaging system used to move money around the world. The dollar was used for 45 percent of cross-border commercial payments in 2017, the euro for 29 percent and the renminbi for just 0.1 percent, Swift said.

China is Nigeria’s biggest trading partner after the U.S., with volumes between the two totaling $9.2 billion in 2017, according to data compiled by Bloomberg. Nigeria runs a deficit, importing $7.6 billion of goods including textiles and machinery from China and exporting just $1.6 billion, mainly oil and gas.

Beijing has signed several currency-swaps with emerging markets. In 2015, it agreed a three-year swap worth $4.8 billion with South Africa. Few central banks outside of Asia sell renminbi to businesses. 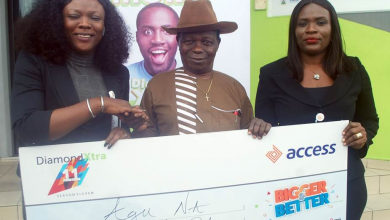