Nigerian Stock Exchange Trading Floor. Image credit: NSE
The U.S. Federal Open Market Committee (FOMC), in its latest Monetary Policy Meeting, elected to leave the key interest rate near zero (0%-0.25%) and signalled they would stay there till at least 2023, promising to delay tightening until long term inflation averages 2.0% and the U.S. gets back to maximum employment. On forecasts, they revised upwards the projections for 2020FY GDP growth to -3.7% from -6.5%, but because of the earlier and more vigorous rebound have cut 2021FY to 4.0% from 5.0% and 2022 from 3.5% to 3.0%. The shift in the Fed’s language and the new forecasts are fully understandable with officials emphasising that the US economy continues to face numerous challenges from Covid-19. Recent data indicates that it will be late 2021 at the earliest before all lost output is recouped, which points to a large lingering output gap. Meanwhile, the slack in the labour market means weak prospects of imminent wage inflation. Therefore, the chances of the Fed meaningfully improving on its hit rate for 2.0% inflation in the medium term are slim.

The U.K. inflation rate fell to the lowest since December 2015 last month, driven by government tax cuts and other stimulus designed to dig the economy out of the depth of the coronavirus crisis. According to the Office for National Statistics (ONS), inflation printed 0.2% y/y in August (July: 1.0% y/y), amid a big fall in prices in restaurants and cafes (-2.8% y/y vs. +1.8% y/y in July) arising from the government’s Eat Out to Help Out Scheme which offered 50% off food up to the value of GBP10. Other contributions to the low inflation rate were falling airfares (-20.6% y/y vs. July-20: -1.9% y/y) and clothing prices (-1.3% y/y vs. July-20: 0.1% y/y). Month-on-month, consumer prices fell 0.4%, the biggest drop since January of 2019. The drop is likely to be momentary, with the influence of the discount scheme loosening up next month. Still, with the jobs market expected to continue to weaken, underlying price pressure is projected to remain subdued, thereby leaving the Bank of England (BoE) more room to ease again.

Global equities rebounded this week amid fresh hopes for a coronavirus vaccine, a flurry of initial public offerings and corporate deal-making. Consequently, US (DJIA: +0.9%; S&P: +0.5%) shares were on track to end the week higher. European markets were mixed – the STOXX Europe: +0.8% was higher on the preceding while Brexit concerns weighed on UK (FTSE 100: -0.2%) stocks. Asian markets were also mixed – Japanese (Nikkei 225: -0.2%) stocks recorded a weekly loss, dragged lower by major exporters after the U.S. Federal Reserve’s pledge to keep rates near zero until at least 2023 sent the Yen to a seven-week high against the dollar; Chinese (SSE: +2.4%) stocks posted a weekly gain on hopes of fresh supportive measures to boost the virus-ravaged economy, while a strong yuan also helped lure foreign inflows. Emerging market (MSCI EM: +1.4%) stocks were also up on the gains in China, while Frontier market (MSCI FM: +1.0%) stocks were on track to end the week higher following a 3.0% gain on the Kuwaiti benchmark index.

Nigeria’s headline inflation maintained its uptrend, as it expanded by 40bps in August 2020 to 13.22% y/y (July: 12.82%), the twelfth consecutive month of increase and the highest reading in 28 months. The outturn was 13bps higher than Cordros’ estimate (13.09% y/y), with the largest variance stemming from the food basket. Food inflation rose by 12bps to 16.00% y/y due to climate change, FX pressure, a PMS induced rise in transport costs and banditry in the food-producing states. Core inflation was up by 42bps to 10.52% y/y with increases across all the core indices, save for Health (-2bps). We now see headline CPI at 1.30% m/m in August, with the low base in the corresponding period of 2019 cascading into a 29bps increase in y/y inflation rate to 13.51%. This is hinged on higher transport prices emanating from the increase in the price of PMS (+8.8% m/m) which we expect to filter into higher prices of farm produce. We also expect limited bountiful harvest caused by the excessive rainfall in the food-producing regions and little rain in the south.

Dwindling revenue since the start of the COVID-19 pandemic has continued to affect the Federal Government’s (FG) fiscal operations. Based on the CBN monthly economic report for May, the FG recorded a total deficit of NGN561.71 billion (+209.8% when compared with NGN181.27 billion deficit benchmark for the month). This stemmed from the combined effect of the c. 60% fall in revenue and increased government expenditure to support the economy during the pandemic. While the retained revenue printed N276.99 billion (Benchmark: NGN701.60 billion), aggregate expenditure was NGN838.77 billion (Benchmark: NGN882.86 billion) during the period. With oil prices still relatively low and economic activities still below pre-pandemic levels, we expect the weak revenue profile to continue to pressure the FG’s ability to fund its operations, further elevating the government’s borrowing requirements.

Mixed trading continued on the local bourse amidst weak volumes and the absence of any positive catalysts, with the benchmark index closing marginally lower. Banking stocks – ZENITHBANK (-1.2%), STANBIC (-1.3%), ETI (-4.8%) and FBNH (-2.0%) – were the major drivers of the drop as the All Share Index fell by 0.1%, w/w, to 25,572.57 points. Consequently, the MTD gain declined to 1.0%, while the YTD loss increased to -4.7%. Performance across sectors within our coverage was mixed with the Banking (-0.7%) and Oil & Gas (-1.0%) indices declining, while the Industrial Goods (+0.5%), and Consumer Goods (+0.1%) indices closed marginally higher. The Insurance index closed flat.

In the absence of a positive catalyst, and given the still uninspiring macro story, we guide investors to trade cautiously in the short term. However, we expect the market might benefit over the longer term on compelling valuations and as investors seek alpha-yielding opportunities in the face of negative real returns in the fixed income market.

The overnight (OVN) rate plummeted by 13.50ppts to 3.0%, as inflows from OMO maturities (NGN350.00 billion) and FGN bond coupon payments (NGN142.09 billion) improved the level of liquidity in the system.

Barring any significant drawdown from the system next week, we expect the OVN to remain low, as a combined NGN318.12 billion comes into the system from OMO maturities (NGN300.00 billion) and FGN bond coupon payments (NGN18.12 billion).

The overall Treasury bills secondary market was bullish, as the ample liquidity in the system drove demand for instruments. Thus, the average yield across all instruments contracted by 13bps to 2.0%. Across the segments, the bullish performance of OMO segment (contracted by 14bps to 2.3%) was sustained from last week, despite the reduced trading volumes, as local participants took positions in short to mid tenor instruments. Similarly, trading was bullish at the NTB market (contracted by 12bps to 1.6%), as market participants covered for lost bids at the auction. At the PMA, demand continued to outweigh supply, as there was an oversubscription of 1.3x on the NGN158.75 billion worth of bills on offer. The auction closed with the CBN allotting NGN2.00 billion of the 91-day, NGN8.39 billion of the 182-day and NGN148.36 billion of the 364-day – at respective stop rates of 1.09% (previously 1.10%), 1.50% (previously 1.55%), and 3.05% (unchanged).

We expect similar sentiments in the T-bills market next week, following the level of inflows expected in the system.

The trading activities in the Treasury bonds secondary market remained bullish this week, despite an uptick in the headline inflation, as the average yield across instruments contracted by 51bps to 7.6%. The performance was driven by investors re-investing maturities and coupon payments in the space. Across the curve, yield contracted at the short (-102bps), mid (-23bps) and long (-26bps) segments of the curve, MAR-2024 (-187bps), FEB-2028 (-47bps) and JUL-2034 (-41bps) bonds, respectively.

Despite the CBN’s stronger commitment towards exchange rate unification, we still see legroom for the currency to depreciate further in the medium-to-long term, at least towards its REER derived fair value. Our prognosis is hinged on (1) the widening current account (CA) position, (2) currency mispricing, which could induce speculative attacks on the naira, and (3) the resumption of FX sales to the BDC segment of the market which should place an additional layer of pressure on the reserves. 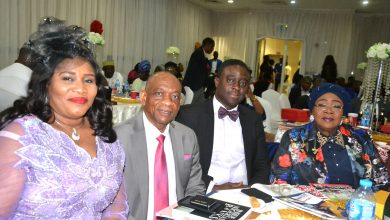 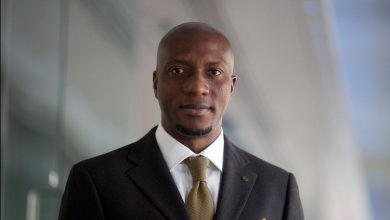 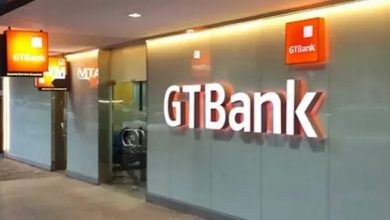