Last Wednesday, the International Monetary Fund (IMF) released its Nigeria country report, noting that banks’ Tier 1 capital ratio had declined to 10.8% in September 2017 from 16.3% in December 2016 and 17.1% in 2013, and is now at its lowest level in the past five years (see Exhibit 1). Meanwhile, the Central Bank of Nigeria’s (CBN) last Tuesday released its bank stress test results, which showed that the banking system’s capital vulnerability is driven by midsize3 banks’ weaker capital conditions.

These trends are credit negative for Nigeria’s midsize banks because they limit their loss-absorption capacity against unexpected losses and will restrain their asset growth and revenue generation.

Nevertheless, the CBN issued a directive in January this year limiting the amount of dividend payout ratios for banks with nonperforming loans and capital ratios beyond certain thresholds. We expect most banks to retain a large portion of their profits this year and build up capital cushions, although we believe profits will be small. Also, the improving Nigerian economy (we expect economy to grow 3.3% this year), following a contraction in 2016 and a slower growth of 1.7% in 2017, will ease the formation of new nonperforming loans in the next 12-18 months. 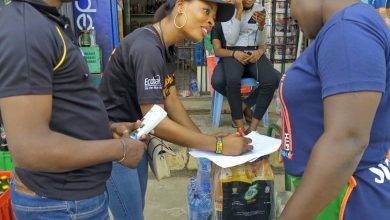 Osinbajo Calls For Cryptocurrency Regulation, Tells CBN, Bankers, Others To Act With Knowledge