In the build-up towards Final Investment Decision (FID) later in 2018, Nigeria LNG Limited (NLNG) is seeking $7 billion from the global financial markets for the sustainability of its operations and expansion project which will increase its production capacity from 22 Million Tonnes Per Annum (MTPA) to 30 MTPA.

According to a statement, at a ceremony in London today to commemorate the repayment of a US$5.45 billion Shareholder loan for its existing trains, the Managing Director and Chief Executive Officer of NLNG, Tony Attah, revealed that funds being sought will cover the company’s expansion program (construction of Train 7)and investment in the upstream gas sector in Nigeria that will ensure the sustainability of feedgas supply to its existing trains (Trains 1 to 6) and the new Train 7.

Explaining further, Attah remarked “Let’s get this very clear. NLNG is a mid-stream company that has monetised over 5.96 Trillion cubic feet (Tcf) of Associated Gas (AG) which would have otherwise been flared thus helping to build a better Nigeria. However, what we are doing is not just looking to fund the expansion of the plant but also to ensure sustainability of feedgas supply to the plant, for the continued success of NLNG. All of these align with our belief that gas is a catalyst for industrial and economic transformation which will position Nigeria to become a leading gas producing country.”

According to Attah, “The success story of the NLNG project is due to some key critical success factors which include the shareholding and governance structure of the company that has made the company an independent Incorporated Joint Venture, guaranteeing an independent Board of Directors, effective decision making as well as funding for its projects which is critical for the sustenance of this successful project.

“Over decades, the company has raised funds for its projects, from a combination of Shareholders loans, internally generated revenue and third party loans. In all of these financial ventures, NLNG demonstrated financial discipline and character by abiding by loan covenants, terms and conditions without a single breach or default, and we believe this positions the company as a Lenders delight .

The consolidated loan contributed towards funding the Base Project, Expansion Project, NLNG Plus Project and Train 6. The final repayment, which is a milestone for NLNG and Nigeria, thus sends a strong message to the world that NLNG has come of age and will build on this in its expansion programme which will further increase our output and secure our position in the top quartile of LNG suppliers globally.

“Our financial credibility speaks for itself and we will be testing the financial market once again with our sustainability and expansion projects estimated at US$ 7 billion. Raising $7 billion is no small feat; anywhere in the world, this will be a major event.Therefore, we will be seeking support from the local and international financial institutions, our shareholders and the Nigerian government in bringing to reality the dreams of our founding fathers and achieving our vision of helping to build a better Nigeria,” he added.

In his closing remarks, the Deputy Managing Director of NLNG, Sadeeq Mai-Bornu, stated that NLNG has contributed immensely to Nigeria’s economy since its inception when the first LNG cargo was loaded in October 1999. He remarked that the company has paid over $33 billion in dividend. He also added that payment to Joint Venture (JV) feedgas suppliers by NLNG from inception till date amounts to some $24 billion.

Participants at the Shareholder loan repayment ceremony included members of NLNG Board of Directors, potential lenders and global financial institutions.

The consortia, B7 JV Consortium comprising American company KBR Inc., Technip of France and Japan Gas Corporation (JGC); and SCD JV Consortium, made up of Saipem of Italy, Japan’s Chiyoda and Daewoo of South Korea, will participate in the Dual FEED Process and produce a Basic Design Engineering Package (BDEP) that will determine their EPC pricing, and eventually their bids to construct the train.

Speaking on the Dual FEED strategy at the ceremony, Managing Director and Chief Executive Officer of NLNG, Tony Attah, said “The Front End Engineering Design is the most crucial part in the build-up to the actualisation of Train 7, after some delay and lost opportunities to reinforce Nigeria’s position prominently on the global energy map. Today’s event goes to show that Train 7 is alive.

“Typically, FEED takes about 9-12 months but we have explored another strategy for this project by adopting the Dual FEED Process which awards this crucial part of the Train 7 project to two prospective engineering consortia, instead of one contractor. What this does for us is give us a degree of freedom to start FEED and sometime after, EPC Bidding, with both activities overlapping. We remain committed to taking FID as soon as these processes are complete.

“The history of the LNG industry in Nigeria is chequered. After about 30 years of trying to get an LNG project going, in 1989 NLNG was incorporated and one FID after the other, 6 trains were built in quick succession, making us the fastest growing LNG company in the world at the time. But we lost steam just after 2007, while the rest of the world went past us with the development of their gas resources and the gain of greater market share. We started our LNG industry 24 months after Qatar, but Qatargas has attained a production capacity of 77 MTPA with additional target of 30% LNG production in the immediate future. I believe it is time to reset the narrative. It is time for gas revolution in Nigeria.

“So, 30 years after the incorporation of NLNG, and 20 years after we exported our first LNG cargo, we are looking to the future and that future for us is Train 7. Activities are lining up for this project. With the continued support of the Federal Government of Nigeria and the Shareholders towards this future, the odds are clearly in our favour,” he said.

The Chairman, NLNG Board of Directors, Dr O. R. LongJohn, in his remarks, said the FEED contracts signing ceremony was a visible start to the actualisation of the Board’s vision for Train 7, adding that NLNG was committed to its vision to help build a better Nigeria through unleashing Nigeria’s gas potentials. He stated that the process of unleashing needed a monumental event such as Train 7 to trigger further development in the gas sector.

The Deputy Managing Director, Sadeeq Mai-Bornu, also in his remarks, commended the Federal Government and Shareholders for the support towards achieving the Train 7 dream. He reiterated NLNG’s commitment to its expansion goals and being in the top quartile of LNG suppliers in the world.

In November 1995, the first FID to build an LNG plant in Finima, Bonny Island was taken. This was followed by the award of EPC contract to a consortium of engineering firms comprised Technip, Snamprogetti, M.W. Kellogg and JGC for a plant of two trains, Trains 1 and 2. Thereafter, the FID to develop Train 3 and the plant’s Natural Gas Liquids (NGLs) Handling Unit was taken in February 1999.

After Trains 1 and 2 became operational, FID for the NLNGPlus Project, comprising Trains 4 and 5, was taken in March 2002 and soon after, the construction of Train 6, dubbed NLNGSix Project, commenced with FID in 2004. 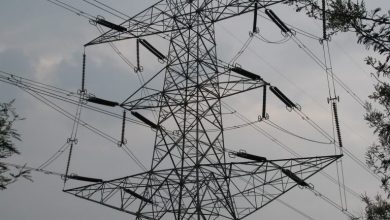 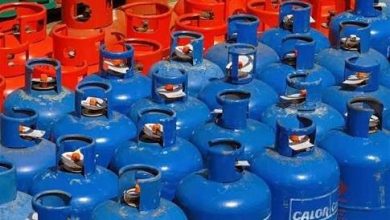 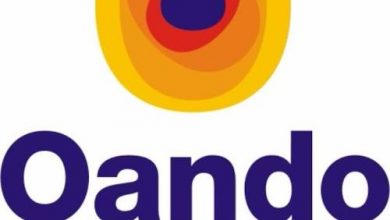