Nigerian Stock Exchange Trading Floor. Image credit: NSE Preliminary estimates by IHS Markit for the Eurozone showed that business activities fell in November following the introduction of renewed containment measures to mitigate the impact of the COVID19 second wave. The manufacturing PMI (-1.2 points m/m to 53.6 points) swung to a three-month low, on account of a moderation in the inflows of new orders. Similarly, the Services PMI (-5.6 points m/m to 41.3 points) fell for the third consecutive month, with the rate of decline accelerating sharply to the fastest since May. Overall, the composite PMI stood at 45.1 points (vs. September: 50.0 points), marking the worst reading since May (31.9 points). The November readings point to the likelihood of another contraction in economic output for the Eurozone in Q4-20 given weakening demand in the manufacturing sector amid a hard-hit services activity. This represents a significant setback for the region and could prolong the recovery period.

Reflecting the further increase in growth momentum and improving demand conditions, manufacturing and services activities in the United States (U.S.) continued to expand in November. According to the IHS Markit PMI survey, composite PMI in the U.S improved to 57.9 points in November (October: 56.3 points) – the highest since March 2015, following a faster rise in manufacturing production and service sector activities. While the manufacturing PMI (+3.3 points m/m to 56.7) rose to a 74-month high due to an uptick in new businesses as demand conditions improved, we highlight that the service PMI (+0.8 points m/m to 57.7) rose to a 68-month high, primarily driven by the faster increase in new orders and employment. Based on the encouraging news on COVID-19 vaccines as well as prospects of a smooth transition of power, we understand that the level of optimism among the manufacturers in the review month is the strongest since February 2015. This could provide a massive boost to the recovery of the world’s largest economy in the near term.

Global stocks rallied as optimism over the rollout of a vaccine continued to fuel investors’ hopes that there might be an end in sight to the coronavirus pandemic. This was further amplified by Donald’s Trump acceptance that the transition to a Biden administration should begin. In the US, the DJIA (+2.1%) and S&P (+2.0%) were on track to end the week in the green despite the shortened week due to the Thanksgiving holiday. In Europe, the STOXX Europe (+0.5%) and FTSE 100 (+0.2%) were on track for their fourth consecutive weekly gains, albeit marginal ones due to concerns on the efficacy of AstraZeneca’s COVID-19 vaccine as well as lack of positive signals from the ongoing post-Brexit negotiations. Asian markets posted positive performances, with the Japanese (Nikkei 225: +4.4%) and Chinese (SSE: +0.7%) closing higher, driven by investors positive reaction to the news of a smooth transition in U.S. Emerging markets (MSCI EM: +1.1%) stocks recorded gains on the back of positive sentiments in China (+0.7%) and Brazil (+3.9%) while Frontier market (MSCI FM: +1.2%) gained due to the gain in Nigeria (+2.2%).

In line with market expectations, the Monetary Policy Committee (MPC) of the CBN unanimously voted to maintain the status quo on monetary policy variables at its last meeting of the year. The committee noted that its decision was hinged on (1) restoring economic growth following the recent Q3 GDP data that confirmed the economy is in recession, and (2) achieving medium-term macroeconomic stability. The MPC now expects the economy to recover from the recession by the end of 2020 while it expects inflation to moderate at the end of Q1-21. We think the committee is likely to revert to a slightly hawkish stance if economic growth shifts back into positive territory (in Q2-21, in our view), to resolve the imbalance in the external sector and attain macroeconomic stability. We note that if external conditions do not show significant improvement in the medium term, the committee runs the risk of tightening aggressively, which would result in financial market turbulence. Meanwhile, the lack of clear-cut guidance from the committee on how (1) FX liquidity constraints, and (2) the widening spread between the parallel market and NAFEX rates will be addressed will continue to hurt manufacturing activities.

The Minister of Finance, during a roundtable discussion at the 26th Nigerian Economic Summit, disclosed that the Presidential committee set up to assess the gains of the land border closures has agreed to recommend the reopening of the land borders to the President. We highlight that the land borders were shut in August 2019 with the primary objectives of (1) preventing the smuggling of illegal goods into the country, and (2) preventing the illegal importation of small arms. Since the closure of the land borders, prices of domestic food items have been on the rise, with food inflation surging to 17.38% in Oct-20 from 13.17% in Aug-19 when the borders were closed. Without downplaying the effects of the pandemic, unfavourable weather conditions, and security, the closure of the borders has exacerbated the supply gap associated with major consumer food staples. Consequently, we believe reopening of the land borders will lead to a narrowing of the demand-supply gap, thus, exerting downward pressure on food prices.

With the recent decision of the MPC to hold monetary policy parameters constant in furtherance of their growth objective, we expect alpha-seeking investors to continue rotating their portfolio towards equities amid attractive dividend yields on bellwether stocks. We expect market performance to be dominated by the bulls, as positioning by early birds in dividend-paying stocks ahead of FY 2020 dividend declarations should outweigh profit-taking activities. We reiterate the need for positioning in only fundamentally sound stocks as the weak macro environment remains a significant headwind for corporate earnings.

The overnight (OVN) rate contracted by 283 bps w/w, to 1.5%. The rate maintained its downward trajectory through the week, before rising slightly on Friday, as inflows for OMO maturities (NGN113.06 billion) boosted the net liquidity position (average: NGN326.89 billion) and offset funding pressures from the CBN’s weekly FX auctions.

In the coming week, inflows from OMO maturities (NGN418.92 billion) are expected to hit the system. Barring any significant mop-ups by the CBN, we expect the OVN to remain depressed.

We maintain our outlook of suppressed activity in the T-bills secondary market, given the still unimpressive yields in the space.

The bond secondary market remained bullish this week, as average yield declined by 12bps to 3.9%. We attribute the bullish performance to (1) CBN’s dovish stance at the MPC meeting this week, and (2) the further decline in stop rates at the NTB auction. Across the curve, average yield contracted at the short (-22bps), mid (-7bps) and long (-10bps) segments, following demand for the JAN-2022 (-83bps), MAR-2027 (-16bps) and APR-2049 (-35bps) bonds, respectively.

Considering the low level of yields at the Treasury bills market, we still expect investors to meet their fixed income investing needs in the Treasury bonds secondary market.

Nigeria’s FX reserves declined by USD40.05 million w/w to USD35.45 billion, as the outflows for the CBN’s interventions across the various FX windows continue to outstrip dollar inflows. At the I&E window, the naira weakened to its lowest level against the dollar since the introduction of the window in 2017, falling 1.1% w/w to NGN390.25/USD, as the CBN’s supply in the space remained low. Similarly, the naira hit record lows in the parallel market, falling by 2.2% to NGN495.00/USD as lack of access to forex at the official windows has funneled demand to the parallel market. This also followed recent comments by the CBN governor saying that the parallel market makes up only 5.0% of the overall FX market and should not be used to determine the naira’s true value. Year-to-Date, the naira is down by 6.6% and 26.9% at the IEW and in the parallel market, respectively. In the same vein, the naira weakened across the 1-month (-1.2% to NGN390.28/USD), 3-month (-1.1% to NGN390.38/USD), 6-month (-1.1% to NGN390.57/USD) and 1-year (-0.9% to NGN391.44/USD) forward contracts.

Going forward, we expect CBN’s FX management strategies to continue supporting the naira at its current level at the official and I&E windows. However, we believe the parallel market rate will remain volatile and continue to trade above the CBN’s Relative Purchasing Power Parity (RPPP) of NGN433.64/USD and our REER fair value estimate of NGN453.67/USD at the current level of intervention in the FX market. 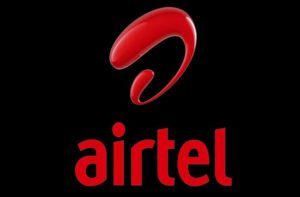 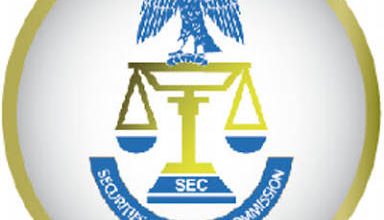