Vice President Yemi Osinbajo has said that for investors to take advantage of government’s incentives and improved business environment, there needs to be availability of medium to long term capital in the form of bonds, equity and loans.

The necessity for stable long term funds for the actualisation of the vision of economic growth and development he said, places the capital market in a unique and strategic position for which it must be prepared.

Professor Osinbajo stated this at the 2nd Capital Market Stakeholders Forum held by the National Assembly with the theme: Capital Market as a Catalyst for Growth and Development” in Abuja Monday.

Represented by Ms. Patience Oniha, Director General, Debt Management Office (DMO), Osinbajo said the present administration introduced a number of strategies and policies which contributed to the exit from recession and remains committed to their continued implementation in order to achieve economic development.

Osinbajo therefore expressed the urgent need for the nation to sustain its present growth and also ensure that the growth translates to development with positive impact on the lives of Nigerians.

In her keynote address, Ag. Director General Securities and Exchange Commission, Ms. Mary Uduk said the Forum and its theme are very relevant and timely, given the pressing needs to grow the economy and also achieve sustainable development.

Uduk emphasised that there is no doubt that the capital market can serve as a key catalyst for Nigeria’s economic growth and development, as it offers a credible platform for obtaining long-term financing.

According to her, “Economic growth can be seen as increase in the production of goods and services in a country, often measured by changes in real Gross Domestic Product (GDP).

“However, the concept of economic development is larger as it includes improvement in the quality of life and living standards of the citizens. These include improvements in literacy, health and life expectancy, better savings- investment culture as well as improved wealth distribution, housing and environment”.

The Ag. DG said there are many capital market instruments that can be used to stimulate economic development in Nigeria like bonds, equities and commodities.

While saying that the Nigerian Capital Market has actually been serving as a catalyst for economic growth and development, Uduk however said some potentials are still untapped.

One major initiative to tap this potential she said, was the development of a ten-year Capital Market Master Plan (CMMP) launched by the Commission in 2014.

“The Plan has over 100 initiatives to spring–board the Nigerian capital market as one of the world’s deepest and most liquid as well as the largest in Africa by 2025.

“It is also aimed at ensuring that the market contributes much more to the socio- economic development of the nation, particularly in facilitating capital-raising for sustainable development and transformation of key sectors” Uduk said.

Uduk expressed delight that already, each of these initiatives is contributing to the growth and development of the Nigerian capital market, and by extension, the economy. 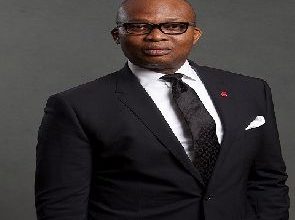 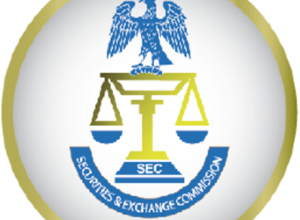