Prof. Yemi Osinbajo, Nigerian Vice President has promised the people of Benue that the killers of the two catholic priests; Rev Frs. Felix Tyolaha and Joseph Gor and 17 other parishioners killed by gunmen during a church service at Saint Ignatius Parish, Mbalom, will not go unpunished.

The Vice President stated this on Tuesday at Ayati, a small hilltop village situated on the outskirts of Ikpayongo, in Gwer East Local Government Council, during the burial of the victims of the April 24 church attack.

Osinbajo, who was accompanied on the trip by Ministers, top ranking politicians of different political shades, expressed the Federal Government’s commitment to end the attacks.

He said the perpetrators of such dastardly and heinous crimes do not deserve to live amongst decent people but prayed for the conversion of their souls.

Also in a speech, Gov. Samuel Ortom, condemned the incessant attacks on communities in the state but commended the Federal Government for is efforts to stop the killings.

He disclosed that 492 people had died from herdsmen attacks since the beginning of the year.

The governor regretted the attacks on the church and wondered the reason for the attack saying, ” these people were in the church and not on their farms; by this act, they gave moved their narrative to include other motives”.

He called on the Federal Government to arrest the killer-herdsmen, saying ” we know our killers but they are not arrested or invited for interrogation; they gave stated at several fora that they would reclaim their land.”

The governor said the Anti-Open Grazing law passed by the state assembly and accented by him, was the best way in curbing incessant clashes between herdsmen and farmers in the country.

On his part the Tor Tiv, His Royal Magesty, Prof James Ayatse, placed on curse in the perpetrators of such dastardly acts, saying ” they will not see good times”.

He, however, warned against reprisals urging them not to lose faith in their God who would fight for them.

The paramount ruler commended the Catholic Church for restraining their members against reprisals and said the style was of the Lord. 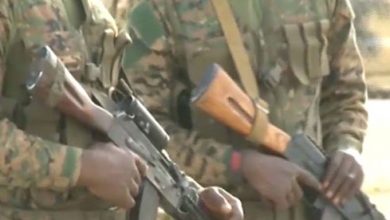