The Peoples Democratic Party (PDP) on Thursday said the All Progressives Congress APC) and the Presidency cabal have turned the National Health Insurance Scheme (NHIS) into their Automated Teller Machine (ATM) where funds are taken at their conveniences.

The party said the nation was yet to recover from past revelations of an
alleged withdrawal of N10bn when fresh plot by the APC Federal
Government to loot another N25 billion from the coffers of the Scheme was exposed.

Nigerians are still lamenting the N10 billion stolen earlier from the
agency’s savings in the Treasury Single Account (TSA) by presidency cabal.

The PDP, in a statement by its National Publicity Secretary, Kola
Ologbondiyan, on Thursday, said the APC and the Presidency have been bleeding the nation, adding that the very idea of stealing funds meant to provide health lifeline to the already impoverished Nigerians is agonizing and shows that the ruling party has lost all scruples.

Our nation is now faced with daily pillaging of our national patrimony
by APC interests and a notorious cabal, who, operating under the cover and protection of the Buhari Presidency, have turned our revenue agencies, particularly the NHIS into cashcows to painfully milk funds for APC’s ill-fated 2019 re-election bid.

When we say that this Buhari administration is debauched, many do not realize to what extent. This administration is so brazen in stealing in the NHIS that the Presidency has to recall and reinstate the indicted Executive Secretary of the Scheme, Prof. Usman Yakubu, while he was
still being quizzed by the EFCC for alleged corruption.

Betraying its complicity in the NHIS racket, the Presidency has refused
to speak out on allegations that it reinstated the suspended Executive
Secretary to conceal the earlier looting and protect members of the
cabal and has also refused to order any form of investigation in the
exposed frauds.

The magnitude of direct looting that is going on in revenue agencies,
such as the NNPC, Nigerian Ports Authority, Customs, Federal Inland
Revenue Services, MDAs and even the TSA already infiltrated by
Presidency cabal and APC interests, who hide under spurious investment portfolios, inflated concessions, allocations, jobs and other financial sleazes to siphon public funds are better imagined.

In the last three years, the nation has witnessed unparalled impunity to the extent that the President could even unilaterally make approval of releases of public funds without recourse to the legislative instrument of the appropriation.

We also want to remind Nigerians that this administration has refused to take any step to investigate the alleged stealing of N9 trillion
($25billion dollars) in NNPC through corrupt contracts, the alleged
diverting of N1.1trillion worth of crude to service APC interests, the
alleged stealing of N18 billion Internally Displaced Persons (IDP) funds among other grafts.

This Buhari-led APC administration is fast looting our nation into an
economic desert and we urge Nigerians not to spare any thought in voting them out come 2019. 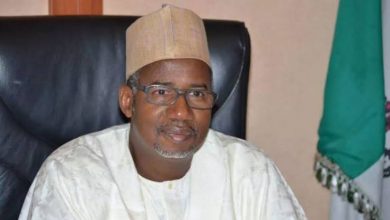 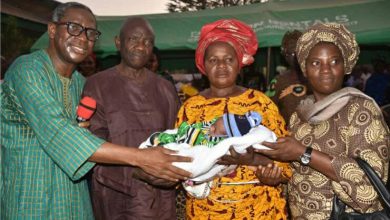 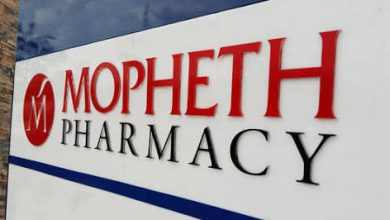