PepsiCo, Inc. (NASDAQ: PEP) today announced that its Board of Directors has unanimously elected Ramon Laguarta as the company’s Chairman of the Board, succeeding Indra K. Nooyi who announced in August 2018 her intention to step down as PepsiCo CEO effective October 3, 2018 and remain Chairman until early 2019 to ensure a smooth and seamless transition. The appointment is effective when Chairman Nooyi retires from the company on February 1, 2019.

“I am honored to take on this important post and want to thank the Board for the confidence they have placed in me,” said Laguarta. “I also want to thank Indra for her outstanding leadership and tireless work on behalf of PepsiCo. I look forward to building on the strong legacy she and our previous leaders have created, and to working with our very talented global team to position PepsiCo for our next phase of growth.”

Laguarta, a 22-year veteran of PepsiCo, has held a number of executive and leadership roles within the company. Prior to becoming CEO, he served as President of PepsiCo, with responsibility for shaping the company’s corporate strategy, working closely with business units to deliver top-line growth, driving productivity to enable this growth, and investing in new areas of disruptive innovation. In this capacity he oversaw PepsiCo’s Global Category Groups; its Global Operations, Corporate Strategy, and Public Policy & Government Affairs functions; and the PepsiCo Foundation. Previously, Laguarta served as Chief Executive Officer, Europe Sub-Saharan Africa, one of PepsiCo’s most complex businesses with operations spanning three continents and comprised of developed, developing and emerging markets. Prior to that, he served as President, PepsiCo Eastern Europe region and served in a variety of sales, marketing and other commercial roles across Europe.

Speaking on behalf of PepsiCo’s Board of Directors, Presiding Director Ian Cook said: “We are pleased to appoint Ramon as our company’s Chairman. He is an outstanding leader with a compelling vision for PepsiCo and a keen understanding of the evolving needs of consumers around the world. His vast PepsiCo knowledge, combined with his innovative thinking and proven executional excellence, make him the ideal steward to take on this most important role and lead our company into the future.”

Cook continued: “On behalf of the Board and the entire PepsiCo family, I want to sincerely thank Indra for her leadership and commitment over the last 24 years, for paving the way for future leaders to ‘do well by doing good,’ and for making PepsiCo one of the world’s most ethical and admired companies. She proved that it is possible to deliver extraordinary and consistent financial performance while making a difference in the world around us, and leaves a lasting legacy.”

Nooyi served as PepsiCo’s Chairman since 2007 and as Chief Executive Officer for 12 years. Prior to becoming CEO, Nooyi served as President and Chief Financial Officer beginning in 2001, when she was also named to PepsiCo’s Board of Directors.  Nooyi joined PepsiCo in 1994. 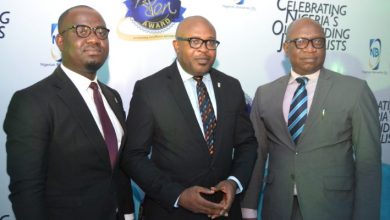 MAN Calls On FG Not To Sign AfCFTA Agreement In Kigali 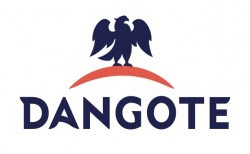