This was disclosed by the Chairman of the company, Alhaji Rabiu M. Gwarzo, OON, at the company’s 12th Annual General Meeting, which held virtually, in Lagos on Tuesday, 18th August, 2020 at the company’s office in Lagos.

Alhaji Gwarzo also stated that the accounts, which has been approved by the National Insurance Commission, (NAICOM), show that the company is on the path of profitability and sustained growth, as all financial indices are positive for the company.

A further review of the results show a Gross Premium Income of N10.86Billion while Total Net Claims paid to Policyholders stood at N1.11Billion and Underwriting Profit was N1.14billion for the period under review.

Total Assets for the company for the year under review was N21.94Billion with Shareholders Funds standing at N9.61Billion, Profit before Tax amounted to N974.6Million and a Profit after Tax of N654.7Million was reported for the 2019 financial year.

Speaking to reporters after the meeting, the Managing Director/Chief Executive, Mr. Benjamin Agili said that despite the very harsh operating environment, the company was able to grow its topline figures and maintain its leadership in key corporate accounts, participating in large-ticket insurance transactions, its renewed focus on the retail markets – which shall be a growth driver in the future – and agriculture insurance, which is beginning to gain traction in the insurance market in Nigeria.

According to Mr. Agili, “We are expanding our strategic focus to these 3 main areas: – Digital Insurance, The Retail Insurance Market and; Agriculture Insurance – as farming is a key economic activity in Nigeria”.

Speaking further on the firm’s recapitalization plans, in line with NAICOM’s directive for Phase 1 of the revised recapitalization guidelines, Mr. Agili said that Royal Exchange General, with its approved 2019 financials is poised to surpass the NAICOM directive and plans are in top gear to ensure that REGIC is well capitalized and able to take advantages of the opportunities that will present itself in the insurance market in Nigeria.

Mr. Agili added further that “REGIC will continue to reinvent itself to be more responsive to the needs of the customer, offering them the products and services they need, in ways that they want. We are adopting a customer-centric approach to all our businesses to ensure we are competitive in the market.

On agriculture insurance, Mr. Agili said that Agriculture Insurance is a key focus area for the company in the years to come and it is vital that knowledge, penetration and understanding about the values and usefulness of insurance in Agriculture is promoted”. He said “recall that Royal Exchange General Insurance Company (REGIC) was among the first 3 insurance companies to obtain NAICOM approval for Weather Index Insurance (WII) and we have also recently obtained approval for livestock, poultry and fish farming insurance which is already being taken up by livestock farmers in the country”. Also, the company just organized a series of webinars, stating that “these agriculture insurance webinars we just concluded is the company’s way of expanding the frontiers of agriculture insurance adoption in Nigeria, making it easier to be understood and accepted by farmers, agro-processors, agropreneurs, farming cooperatives, off-takers and other stakeholders nationwide” 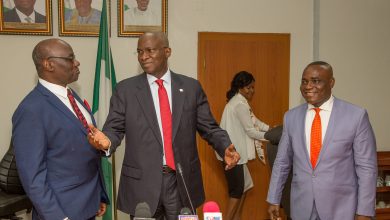 Photo News: FASHOLA AT THE INAUGURATION OF THE CHAIRMAN OF NIGERIAN ELECTRICITY REGULATORY COMMISSION(NERC). 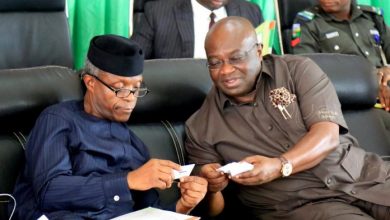 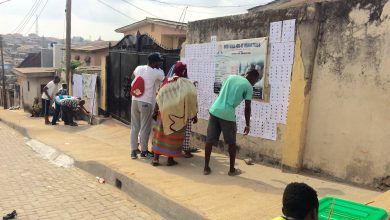 PHOTO NEWS: 2019 Elections LIVE UPDATE: Voters checking their names at one of the polling units