State governments in the country have been advised to set aside sinking funds to address the issue of pension entitlements owed retired workers in various states.
This advice was given by Mrs Kemi Oluwashina, The Executive Director, Business Development, South and Strategy of Premium Pension Limited when she recently paid a courtesy visit to the Head of Service of Enugu State, Chidi Ezema. A sinking fund is an account that is used to deposit and save money to repay a debt or replace a wasting asset in the future. In other words, it’s like a savings in which you deposit money regularly that can only be used for a set purpose. The fund is essentially established to ease the process of retiring debt or prevent defaulting on debts. It can serve several purposes but the main purpose is to lower the outstanding principal before it becomes due.
“Lack of prompt payment of pension entitlements, especially accrued rights to retiring or retired workers is blighting the successes recorded in the Contributory Pension Scheme in Nigeria” she said. “There is need for state governments in the country to establish sinking funds to address the problem,” she said.

She pointed out that the liability of unpaid pension entitlements will never go away until it is frontally tackled as a matter of urgency, while also highlighting the fact that the real value of unpaid pension liabilities gets eroded with time to the detriment of the retirees who are already passing through untold hardship. “If anything, things only get worse when the liabilities keep piling up”, she said. “Setting aside this special fund is a midway approach to addressing the liabilities.”
While Accrued Rights are largely entitlement of workers before the advent of the private sector – driven Contributory Pension Scheme, its late payment by especially, the various tiers of government renders pension administration cumbersome or even impossible. This is because Accrued Rights have to be lumped into Retirement Savings Accounts (RSAs) before lump sum and Programmed Withdrawals could be worked out for retirees. Most, if not all retirees from government establishments for now have their entitlements locked in both the old Defined Benefit Scheme and the new Contributory Pension Scheme.
This backlog of pension liability is more pronounced in most state governments who have neither been making any serious effort to address the issue, nor even keyed into the new scheme by domesticating the Pension Reform Act 2014. For instance, while the Federal Government is making efforts to offset the unpaid Pension Accrued Rights for the period covering May, 2017 to April, 2018 which stand at N97.55 billion, most state governments still struggle with payment of salaries let alone addressing issues of pension. Pension liabilities before the advent of the Contributory Pension Scheme stood at N2 trillion while the scheme has accumulated Funds under Management in excess of N8 trillion since inception in 2004.
The visit to the Enugu State Head of Service, Chidi Ezema was to demonstrate appreciation for the efforts being made by the State Government to join the league of states running an unfettered Contributory Pension Scheme.
The Head of Service acknowledged the lean resources of the state but said that there must be more creative and professional approaches to offsetting the backlog of liabilities by the various states.
He promised on behalf of the State Government to work in tandem with Premium Pension Limited in the smooth delivery of the Contributory Pension Scheme in the State. 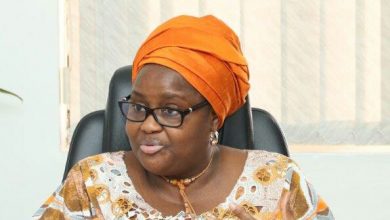 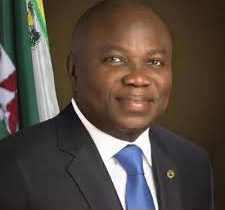 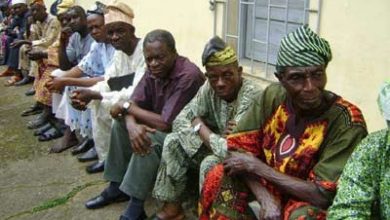