PRESS RELEASE—-Investors have been urged to take advantage of prevailing low equities pricing in the stocks market, to boost their investments in the market in order to take opportunities of market reversal commencing end of second quarter.

Unveiling higher earnings opportunities in the Nigerian stock market, Unalike expressed optimism that the stock market would rebound in the third quarter.

Uwaleke, who lectured on the theme  ‘Stock Market in the first quarter 2019 and post-election prospects” said that that the Nigerian market which ranked as the world’s third most rewarding market in 2017, ranking only after Turkey and Argentina,  and became bearish subsequently, is poised to enter into another bullish era.

On the factors that will drive market in the third quarter, Uwaleke said that unfolding internal and external factors would impact the equities market positively.

He said that swearing in of the newly elected president and early constitution of cabinet members, lowering Monetary Policy Rate (MPR)  by the  Monetary Policy Committee  (MPC), increase in minimum wage, increase in oil price and continued stability in foreign exchange (FX) would impact on the market.

Uwaleke who also double as the Chartered Institute of Bankers of Nigeria (CIBN), Abuja branch, President listed other factors that will drive stock market’s reversal in third quarter to include, continued moderation in inflation, steady growth in Nigeria’s Gross Domestic Product (GDP), early signing of 2019 budget and implementation, improved growth in the non oil sector amongst others, adding that “all these projections are higher than what we saw in 2018”

He said that the planned introduction of derivative instruments in the market by the Securities and Exchange Commission (SEC), of which preparations have reached advanced stage at both SEC and the Nigerian Stock Exchange (NSE), would help investors both foreign and indigenous investors to hedge their investments.

“The NSE is really waiting for SEC to finalise the rule for the derivatives to be introduced, it will give investors room to hedge risks”, Uwaleke said.

He said that the CBN’s MPC triggered the market supportive move in March 2019, by bringing down MPR by 50bps, after 33 successive months, to 13.50 per cent from 14 per cent, adding that he sees prospects of further reduction in the MPR soon.

“Lower MPR will free funds for investments or lending to firms for expansion which will improve their earnings and deliver more value to investors. It has a way of attracting investors, opening the market and hedging risks”, he stated.

According to him, the expected listing on the NSE, by MTN, is expected to boost market liquidity, diversify offerings as the company will become the second most capitalised company in the market, after Dangote Cement Plc.

He added that the Nigerian Pension Commission (PENCOM)’s six multifold structure rule expected to boost PENCOM’s investment in the equity market, as well as the margin lending rule, currently being worked on by the SEC and efforts at deepening domestic investors participation in the market were some of the measures expected to driver early market reversal in Netherlands third quarter.

He said that it is unlikely for another economic recession in Nigeria, because the factors that contributed to the recession in 2016, are currently none existent.

“Crude oil price is not bad today, external reserve is healthy, inflation rate at 11 per cent is healthy” he said.

Speaking on some external factors likely to drive market reversal in Q3 2019, Uwaleke listed, crude oil price, declining trend of yield in the US which will likely bring about capital flow to emerging markets, Easing US—China trade tension , and easing Brexit tension, amongst other factors which will impact Nigeria’s market positively.

He noted that the market closed the Q1 2019 bearish, caused by what he termed as systemic risk and non-systemic risk.

He also attributed the Q1 2019 market decline to partly caused by rebalancing of portfolio, movement form equities to fixed income, herding behaviors’ of investors, flight for safety by foreign investors, panic by investors, among others.

FG Harps on Good Corporate Governance as SEC Board is Inaugurated 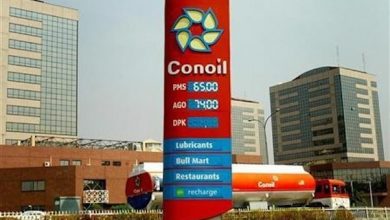 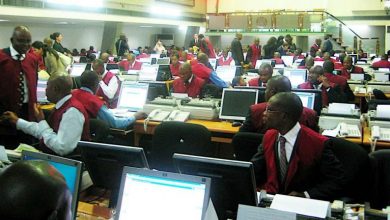 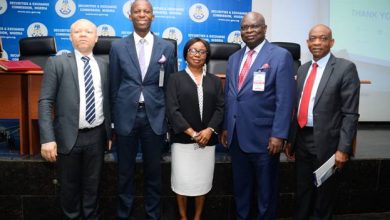