Members of the Management Committee of our Council
Other Governing Board Member here seated,
Gentlemen of the Press,
I am glad to welcome you to the first quarter Press briefing in 2018. You will recall that at the maiden edition of this press conference, I promised to make it a regular interactive engagement between the Council and members of the press. In keeping to this promise, we have deemed it necessary to invite you all to grace this first edition of the briefing in 2018. May I use this opportunity to appreciate your continuous support, firstly, to the Insurance Industry and most importantly, the NCRIB. Like Oliver Twist, we cannot but crave for more, until the industry attain the desired position in the scheme of things in our country. I am certainly convinced beyond any doubt that the industry possesses greater opportunity for growth. Our contribution to the National GDP can still be better. The industry has potential for employment generation as well as protection of individual and national wealth. The responsibility to grow the industry for the betterment of our future generation lies with us.
Let me note that it gladdens my mind that the Industry has continued to improve in terms of awareness and participation, courtesy of your balanced and objective reportage of events in the industry as they unfold. Your importance to the development of Insurance Industry in Nigeria cannot be undermined. I therefore enjoin you never to renege as together we can build a virile industry that will be the pride of all.
I have the bounden responsibility to note that between the last time of our engagement and now, our Council has continued to make positive strides, some of which I would summarise as follows;
NCRIB Institution Building:
We have continued to match our words with appropriate actions. Without trying to rehash what I said at the last meeting, I am glad to inform you that significant progress is now being made in the areas of strong institution building for the Council. This policy direction has now positioned the Executive Secretary as the Executive Head of Secretariat and the face of the Council before the general public and strategic stakeholders. All other office holders, including myself are now “visitors” who come to the Secretariat when the need arises. The Executive Secretary and his team have continued to measure up to expectations in terms of speed of delivery and efficiency. The result of this is that the Council is now getting more respect in the comity of professions that does it right. To give visual effect to this direction, you would notice a change in the venue of this meeting from the former place which is now been fully occupied by the Executive Secretary. The tenure is definitely unrelenting in making the Secretariat more functional and economical to run as we shall soon embark on some structural remodeling as approved by the Governing Board.
Strategic Outreach to Critical Stakeholders.
Based on an unprecedented in-road that the Council made into the high profile National Institute of Policy and Strategic Studies, Kuru, the Council has been given another opportunity to deliver a talk at the Institute shortly and this would give more lift to our corporate image by enhancing the relevance of the profession.
Similarly, I am most delighted that the Secretariat Management, led by the Executive Secretary have paid visits to the Lagos Chambers of Commerce and Industry (LCCI), as well as the Nigerian- German Chamber of Commerce in order to explore areas of mutual relationships between the institutions for the benefit of members. It is heartening that the Council is at the verge of concluding arrangement to register all its interested members into the prestigious Nigerian German Business Association and the LCCI. As I speak, overtures are being made to strategic institutions by the Council to propagate insurance broking. Shortly, our team would be visiting the high echelon of the Nigeria Police to leverage on the training avenues for insurance awareness. The same strategy is being contemplated for sister institutions.

Definitely, the corporate image projection has remained a priority under this administration through the sustenance of the Corporate Visibility Project. There has been a sustenance of the various media engagements and publicity initiatives by the Council under the current regime. Among other is this media conference which we have vowed to sustain with unwavering commitment. The airing of radio programmes featuring members on Radio Nigeria has continued while jingles across the major geographical zones of Nigeria, with the support of the Area Committees and institutional adverts in newspapers are running.

Positive Collaboration with NAICOM
It is worthy of note that this administration started on a positive note in its quest for a better relationship with NAICOM through visitation to the Commission. In the last three months, we have visited the Commission twice. It will interest you that some Past President of the Council volunteered to be in attendance to ensure a very smooth relationship with the leadership of the Commission. The meetings were remarkably successful as the Commission gave assurance of support to the Council. We used the opportunity to raise crucial matters bordering on contemporary issues on regulation of Brokers, fines and penalties etcetera. The Commissioned expressed support and showed positive inclination to cooperate with the regime for the benefit of Brokers. The promise of the Commission has started manifesting in their subsequent dealings with the Council as the Commissioner and a team of top management of NAICOM have found time to attend some of our events to shed light on torchy regulatory issues to the delight of members.

Fortification of NCRIB Committees
In line with the desire of the present team to make Standing Committees of the Council the driving force for NCRIB activities, there has been a significant rejig of membership of many of the Committees for effectiveness. In an unprecedented move, the inauguration of all the Committees was held same day (January 12, 2018) with all members taking their oath of office, simultaneously. All the Committees were provided with their terms of reference and the Board approved schedule of meetings. They have all started working and positive results are being envisaged.

Proactivity on Industry’s Regulatory Guidelines
It should be pointed out that under the team, the tempo of proactive response to laws and regulatory prescriptions have been sustained. For instance, the Joint technical, legal and micro insurance committees have met to fine-tune the new regulations on Corporate Governance and Guidelines on micro insurance proposed by NAICOM, with the hope that the far reaching suggestions by the Council would serve as good inputs into the guideline, eventually.

Promotion of Internal Cohesion
The Council has given further impetus to the need for promotion of cohesion amongst members through visitation and acceleration of communication with them. For instance, at the outset of the regime I led a delegation of Management on courtesy visits to most of the past Presidents. During the visits, he apprised them with the policy direction of the administration which they supported, unreservedly. In a similar vein, the Secretariat has accelerated its communication with members through fortification of its social media and other IT platforms, to make them drive better value for the Council. It is heartwarming that an officer of the Secretariat has now been designated to attend specifically to enquiries of members. Furthermore, approvals have been given for the Secretariat to produce a robust IT platform for membership that would enable on line interactions between the Secretariat and members as obtainable in progressive institutions.

Issues of Compliance
It will be recalled that one of the cardinal focus of this administration is self regulation. This is the reason why we coined the “Self Regulation for Self Respect” slogan which will continue to be our guide. In our bid to give necessary impetus, the Council has published nuggets on compliance issues for members. We shall sustain this publications to add value to members and simplify their operations..

Permit me to use this medium to identify with this lofty idea of government on the VAIDS. We are all aware that there no nation that could attain economic buoyancy with exploring taxation as a key revenue option of government. Most modern economies are buoyed on effective taxation and ours cannot be an exception. However, it would be apposite to stress that it behoves government to live more to its fiscal responsibility when adequate compliance is received from the people and institutions. When the confidence level is enhanced, payment of taxes would no longer be seen as a burden but a cardinal responsibility to be discharged by the citizenry.

Lagos State And The Politics Of Taxation 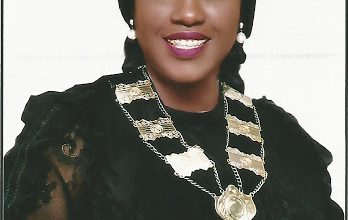 AN ADDRESS BY MRS FUNMI BABINGTON–ASHAYE, FCII,FIIN, PRESIDENT OF THE CHARTERED INSURANCE INSTITUTE OF NIGERIA AT THE VAID SCHEME AWARENESS LECTURE OF THE INSTITUTE HELD AT NEM AUDITORIUM, 199, IKORODU ROAD, LAGOS, ON THURSDAY, 8TH MARCH 2018 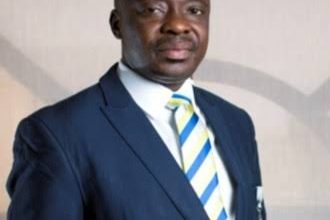 SPEECH BY THE MANAGING DIRECTOR/CEO OF VERITAS KAPITAL ASSURANCE PLC DURING THE UNVEILING/REBRANDING CEREMONY OF THE COMPANY.