In ensuring effective modular refinery projects in the country, Mr Emmanuel Iheanacho, Chairman, Eko Refinery and Petrochemical Company Ltd., has appealed to Federal Government to support local refiners with sovereign guarantee to secure loans for the completion of their modular refineries.

Iheanacho made the appeal in Lagos against the backdrop of inability of the local refiners to secure loans to complete their ongoing modular refineries in the country.

Sovereign guarantee mean a promise by the government to discharge the liability of a third person in case of his default, which are contingent liabilities of the central and state governments that come into play on the occurrence of an event covered by the guarantee.

According to him, government does not necessarily need to provides its own funding but gives guarantees to any of the local  promoter of refining capacity who demonstrates that there refinery design and programme are viable, that is the only way to help to secure loan.

“There is no reason why our government would not be assist indigenous refiners with that,’’ he said.

Iheanacho, who is also the Chairman of Integrated Oil and Gas Limited, said that “It seems to be under appreciation of the importance of private sector involvement in modular refineries in Nigeria.

He said that if we have private sector involvement and people have developed a refineries capacity is going to save the country a lot of money that is loss in shipping crude oil overseas for refining and bringing it back as refine products.

“What that means is that we pay lots more from the fuel that we consumed, but if we refine it locally we will see a significant reduction on the transportation cost both on transporting the raw product to refining in abroad and bring it back for consumption in our economy.

“What government ought to have done is to encourage people who bring in viable ideas, like setting up the modular refineries.

“I know that government always talks about of licenses where about 42 refineries was gioven licenses and non as come up, to me,  it’s not about the licenses that stopping the people but there so many issues in getting a licenses and establishing a refineries.

The refiner said that the essence of the sovereign guarantee is to enable local refiners seek loan with foreign investors or banks, adding that there is need for government stand as guarantors for local refiners.

He said that government should really appreciate fully, the extra ordinary impact which the development of the indigenous local refiners will have on local economy.

Iheanacho said that the company has gotten an approval authority from the Department of Petroleum Resources to commence construction of its proposed 20,000 Barrel Per Day (BPD) production capacity modular refinery.

“We (Eko Refinery and Petrochemical Company Ltd.,) have gotten the authority to commence construction from DPR which is the final approval, the first is license to establish and the license to construct.

“We are at the fund raising stage, and we are going to raise funds wherever we can get it from ( within and outside the country).

“One cannot commence construction until the company go to for fund raising  stage which was the stage we are now,’’ he added.

Iheanacho, however, appealed to the government to come up with a policy framework that will compel financial institutions to make funds available to indigenous players who might intend to build modular refineries.

He says that when the 20,000 bpd refinery comes on stream it will address government’s frequent importation of refined petroleum products into the country.

“Financial support is one major area we need government’s help, if government realises that there is need to have a lot of the small scale refineries to turn around the economy.

“We can now start exporting more refined products than we are currently importing.

“Government should make provision for financing because it is key requirement to do 20,000 barrels per day.

“It requires an investment of millions of dollars. We need government to assist modular refinery operators.

“We are not asking to be given grants and handout but to be assisted in the process of being able to secure financing in major finance institutions,” he said.

Iheanacho also explained that if government could assist the operators to secure finance, it would go a long way to assist them realise some of the benefits that would drive the country’s economic growth.

According to him, his 250 million dollars proposed refinery will be a reference point in Nigeria when completed.

He said the 20,000 refinery was coming at a period when stakeholders had faulted the move by government to co-locate refineries, rather than support holders of modular refinery licences.

According to him, the Tomaro refinery is expected to begin production with Automated Gas Oil (AGO) known as diesel, Dual Purpose Kerosene (DPK), export quality aviation fuel, Naphta and fuel oil.

He explained that the plant would be upgraded to produce Premium Motor Spirit (PMS) also known as petrol, as operations progressed.

According to him, the facility is designed as one-stop shop comprising refinery plant, storage facility, flour mill, ship repair yard, helipad for aviation operations to offshore platforms and resort centres.

He said the project would also create massive employment for the teeming youths of the country.

Iheanacho said that the 20,000bpd crude oil refinery project site at the Tomaro Industrial Park and Free Trade Zone in Lagos was designed to boost refining capacity in the country 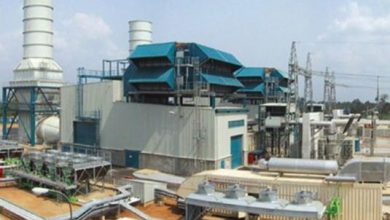 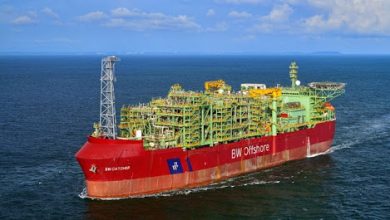 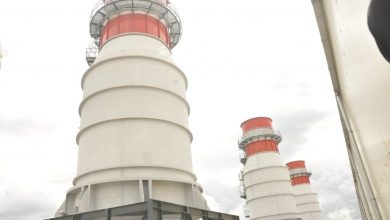